Although are divorced for 15 years Al Bano and Romina Power remains one of the most famous and beloved singers couple worldwide.

The two have formed a couple in their youth despite all those who did not have seen them a good mate, especially against the advice of her parents. 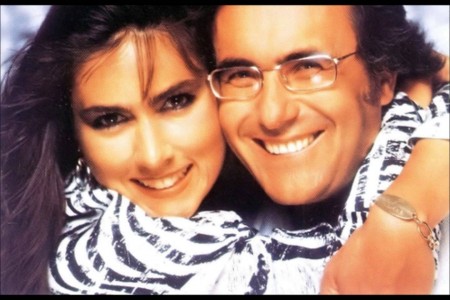 The love story of a couple who had become famous in the history of showbiz, especially at the Festival of San Remo, Romina and Al Bano, was noticed by all publications in the world at that time. She was the daughter of an American actor Tyrone Power, famous personality in Hollywood , extremely beautiful and with some fortune. He, with a name rather operatic tenor, Carrisi was an Italian singer at the beginning, with little money and uncertain concerts from a modest family with several children.

Their love was so strong that Romina Power has abandoned her family and her country to follow the man who had become her husband.

They moved to Italy, got married on July 26, 1970, and were totally dedicated for building a musical career. He was composing the music and were climbing on stage together. They were called Al Bano and Romina Power and the public from San Remo liked them from their first appearance. Success came quickly. They took a villa together, have made four children and record labels were assaulting them.

Unfortunately one day, everything was shattered. Ylenia, the eldest daughter (23 years) has always been rebellious and unmanageable. They sent her to England to college, but after Christmas in 1992 she did not want to go back to school. She said that would like to go on a trip around the world in South America and maybe Africa. In January 1994, she was in New Orleans and was calling her parents quite regularly. Then, suddenly, she did not give any sign of life. 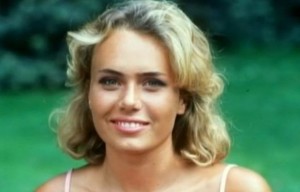 Months Ylenia was sought by parents. The hypotheses were suicide or girl  kidnapping by some drug dealers. Desperate, Al Bano announced that if they will not find their girl, he and Romina will not sing together again. And have not sung. Between them started quarreling and almost five years since the disappearance of Ylenia, they divorced.

Finally Ylenia Carris was discovered on June 2011 in a monastery in the United States. Authorities in New Orleans confirmed that she is the daughter of two singers stating that she does not want to leave the monastery in Phoenix, Arizona to return to public life.

Finding the missing daughter, even if she does not returned from the monastery, brought the two together on stage. The miracle occurred in Moscow in October last year where they performed their famous hits in two concerts at the Crocus Hall. Romina Power has agreed to sing again with her ​​ex-husband saying the following: “After what has happened, it is still the father of my children and the man I loved and it is important to leave behind the old feelings of resentment “ according to the magazine Gente.

We hope to review them on stage soon and why not, enjoy the songs that made ​​them famous years ago.