Al Bano aged 70 years and Romina Power aged 61 years, will gather in two concerts which will perform in Moscow. Italian singer, who is a star in Russia is called “Maestro Felicita” convinced of his ex-wife to join him on stage, following secret negotiations mediated by a Russian businessman. Finally, Romina Power has agreed to sing again with her ​​ex-husband.

After everything that has happened, it is still the father of my children and husband whom I loved and it is important to leave behind the old feelings of resentment, would have said Romina Power, according to the magazine bag. Both will perform in Moscow on 17 and 18 October in a festival dedicated to Italian music, which will be held in Crocus City Hall, according to the schedule published on the website concert halls in Russia. 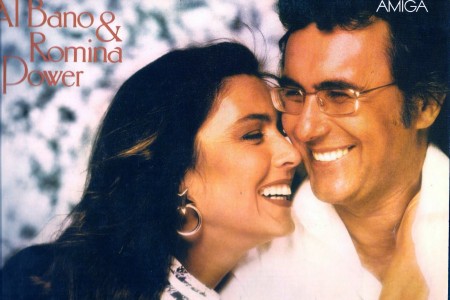 According to the promotional poster of the two concerts, Romina Power will be the guest of honor of Al Bano in these shows. Carrissi Al Bano and Romina Power, known for songs such as “Felicita” and “Tu soltanto tu” have married on July 26, 1970 and divorced after 29 years of marriage, saying that the disappearance of their daughter – Ylenia Carrissi – produced their estrangement. Ylenia Carrissi, a daughter of singer Al Bano with his ex-wife Romina Power, was discovered in June 2011 in a monastery in the United States. In 2012, authorities in New Orleans confirmed that the woman discovered last year is Ylenia Carrissi, adding however that it does not want to leave the monastery from Phoenix, Arizona, according to information from Italian press at the time.

Ylenia Carrissi, eldest daughter of Al Bano and Romina Power is now 42 years old. In the early ’90s she quit college of London to travel around the world. She started her journey in South America, and after a few months, arrived in New Orleans, where the trail went cold. In January 1994, when she was last seen, Ylenia Carrissi was 23 years old. After long searches have not got almost nowhere, initially thought the young woman committed suicide. Another hypothesis was that the girl was kidnapped by drug dealers.