League of Legends, MOBA type game for free known worldwide, is among the favorite games online. Although the internet is vast and there are a lot of these online games, League of Legends (LoL) is one of the few who managed to reach profits of hundreds of millions of dollars and millions of users. 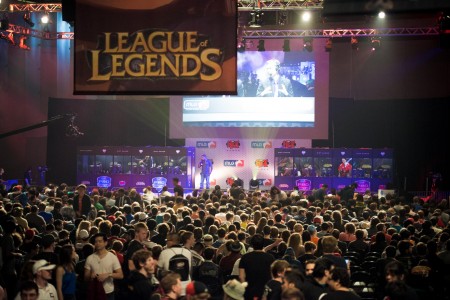 League of Legends is inspired by the Warcraft III Defense of the Ancients way and creators Riot Games are proud of over 30 million users and fans. One reason for the success is that the game is constantly updated and upgraded with new maps, champions, features, but also beacause players and fans  suggestions are taken to consideration.

How this game become unstoppable in gains and how profits reached nearly one billion dollars? That’s what we asked ourselves. The answer lies at the founders of the game which are characterized by putting in front the experience and studies performed in the field of online games and and then focused on the profit that could be generated by the game League of Legends.

League of Legends is a MOBA very attractive because the people at Riot Games organizes competitions and tournaments with prizes worth hundreds of dollars.

Although it’s free, the company that created it, Riot Games, earn money from purchases that can be made during the game. Moreover, each year is organized a worldwide competition, and users buy their entry into championship a small amount: between 5 and 50 dollars.

The game is already stretched business on four continents. Riot has offices in Saint Louis, Dublin, Seoul, Sao Paulo, Istanbul, Moscow, Sydney and Taipei. But home is in Los Angeles.

“For success in a battle on the plains of Justice, we need many things. Guide for new players will learn how to control your champion, you will learn more about the structures that you will meet on the battlefield and you go through the game tutorials. When you’re ready, you will throw for the first time in competitive attack battle in League of Legends.” Thus the game starts.

League of Legends is a competitive online game with very fast pace that combines the speed and intensity of a RTS game with RPG elements. Two strong teams champions, each with a unique design and style of play, fight directly on different battlefields and different game modes. With an increasingly wide range of champions, frequent updates and a thriving tournament scene, League of Legends offers endless possibilities for players to resume the game at any level of ability.

The game does not attracted me at first sight but after a week in which I spent the time with my friends in LOL I realized that it is really fun and is not as simple as it seems.

I started two years ago League of Legends, and then I went from 1200 elo rank or around 5 silver to platinum 2 and now I can say I had a great experience in this game. Initially I played with a group of friends and I wanted to play with them because it seemed more fun to play with a team and stay on Skype, but with time I started playing ranked solo and duo occasionally and in this way I began to develop a broad understanding of the game.