Central bank leaders have discussed possible measures to address the annual meeting of the International Monetary Fund
The whole world is on fire because of the situation in the United States, where began the countdown to the formal entry of payment default
The initial response of central banks to a potential U.S. default entry should be similar to actions taken after the collapse of Lehman Brothers Bank. 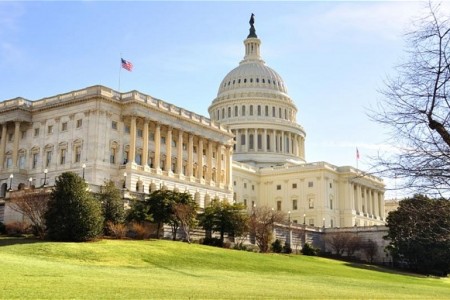 Central banks have started to make plans to keep financial markets functioning if the U.S. can not pay its debts at maturity, a situation that will put the bonds used as reference to global level in case of payment default. Central bank leaders have discussed possible measures to address the annual meeting of the International Monetary Fund (IMF) at end of last week, declared two sources close to the situation for Bloomberg. Discussions continued after the bankers left the meeting in Washington.

“Just because in the past it was always resolved does not mean that we should not do plans. (…) I expect the Bank of England to prepare. I expect the private sector to do the same, and in other countries the situation to be similar, “said Jon Cunliffe, who will take over, in November, the position of Vice Governor of financial Stability at the Bank of England.

How do banks react to the threat of a possible default

Initial response of central banks to a potential U.S. default entry should be similar to actions taken after the collapse of U.S. bank Lehman Brothers in 2008. At that time, central banks have pledged to ensure sufficient liquidity, reduced collateral requirements required to grant funding and opened swap lines between them to secure an necessary enough money. U.S. debts to creditors are, however, several dozen times higher than at the time of the Lehman bankruptcy.

“The Bank has a range of tools to ensure that the system operates normally, that liquidity is maintained in the normal in any situation,” said Friday, Governor of the Bank of Canada, Stephen Poloz. The official declined to give details. Central bankers had the opportunity to discuss the threat of default even U.S. Federal Reserve Chairman (Fed), Ben Bernanke, during a lunch organized by for his counterparts Saturday in the context of the IMF meetings.

Congress has less time to overcome a political impasse which may push the U.S. in a position to not pay its debts if the country’s borrowing limit is not increased to 17 October. The problem is that U.S. debt to creditors is several dozen times higher than at the time of the Lehman bankruptcy. So if the first financial earthquake was started in the United States could survive with enormous sacrifices, the risks that the second earthquake to put down global finance, still fragile, is huge, analysts warn.

Senate Democratic and Republican leaders continued Monday to work on the details of an agreement that would prevent the country into default and would end a partial shutdown of the federal state activity, already in the 15th day. An agreement that will require U.S. support legislative members could be notified even Tuesday, Bloomberg notes. A meeting scheduled for Monday afternoon between President Barack Obama and congressional leaders on a compromise budget was delayed, sent the White House, without giving a new date. American president hinted that the postponement of the meeting is not a negative, stressing that it had decided “to allow Senate leaders to continue to operate important progress to a solution in order to raise the debt ceiling and administration reopening.”

Even before this announcement, Senate Majority Leader Harry Reid and Republican minority leader, Mitch McConnell, have declared optimism about the possibility of reaching a settlement regarding the political crisis that paralyzed Washington for two weeks.