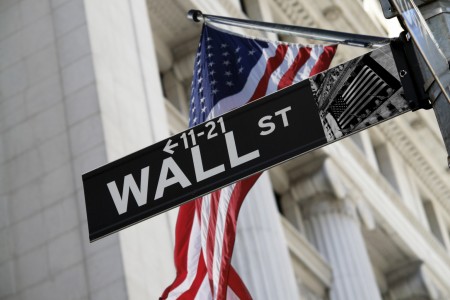 Executives of major banks on Wall Street, including Goldman Sachs and JPMorgan, will meet Wednesday with President Barack Obama to discuss the negotiations impasse in Congress on the federal budget and the debt limit in the U.S., according to Bloomberg.

White House ordered a partial shutdown of U.S. federal agencies work Monday shortly before midnight, Congress failed to vote on a budget before the time limit due to irreconcilable positions of the Republican Party majority the House of Representatives and the Democratic Party, which controls the Senate. Visit bankers at the White House, confirmed by several sources, was arranged by the Financial Services Forum, an organization that includes the CEOs of the 19 largest banks and insurance companies in the U.S.. Most of the forum members will attend the meeting with the president and will then have a meeting with Treasury Secretary Jacob J. Lew.

Details of the meetings are not yet finalized, said sources quoted by Bloomberg.

Among the major characters are expected to attend Goldman Sachs chief – Lloyd Blankfein, one of JPMorgan – Jamie Dimon, Citigroup director – Michael Corbat, and the head of Deutsche Bank – Anshu Jain and the Bank of America – Brian Moynihan.

A White House official confirmed, on condition of anonymity, the meeting and said participants will discuss a wide range of economic issues. A spokesman for the Forum for Financial Services declined to comment. While many Wall Street firms avoid going into public attention after the 2008 financial crisis, executives of major banks have made statements about the dangers of prolonged political struggle on tax matters.

Besides Obama and Lew, heads of Wall Street companies will discuss with Mike Crapothe most important Republican on the Senate Banking Committee, as well as Jeb Hensarling, the Republican chairman of the Committee on Financial Services of the House of Representatives, said sources in the industry. U.S. federal government implemented the first part of the work stoppage in the last 17 years after the Republican Party, which controls off the camera Representatives could not agree with the Democratic Party majority in the Senate, on a law to ensure the state funds emergency for a short period of time, without the budget vote. Republicans ask in exchange for funding, a change in health law adopted in 2010. Partial blocking of the activity would slow initial economic growth, because production lost after sending a part of federal employees on vacation is subtracted from GDP. Economists estimate that between 800,000 and 1 million of the over 2 million state employees will take forced on vacation.

Stopping activity of federal state will cause in the first period losses of 300 million dollars a day in the U.S. economy, according to estimates of research firm IHS. Congress and the White House will face in October and on the increase of the country’s debt ceiling. U.S. Treasury announced it would no longer be able to borrow money after October 17, if the limit is not extended. Treasury Secretary Jacob J. Lew, said the failure of an increase in the debt ceiling would risk U.S. default entry with effect “catastrophic”.