Wentworth Miller the actor who stole everyone’s mind 8 years ago in the serial Prison Break, left big screens aside to become a screenwriter. 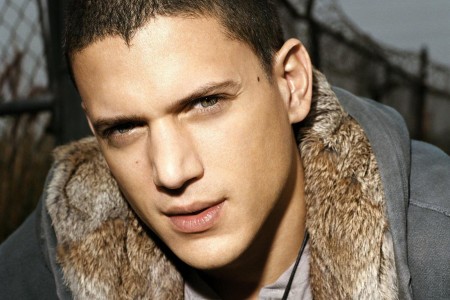 Twice nominated for a Golden Globe Award for “Best Series”, and for interpreting the lead actor – Wentworth Miller – “Prison Break” has seduced millions of fans primarily through the surprising script . The serial created by Paul Scheuring and broadcasted by Fox during 4 seasons turned the British actor into an international star . Known for his desire to stay as far away from the public eye the actor Wentworth Miller has not had significant issues in the recent years. Visible transformed Miller at the age of 39 years quit at the seductive image of the prisoner Michael Scofield that turned millions of fans totally insane.

In 2012, after two appearances in the series like ’’ House MD’’ (2011) and  ’’Law & Order: Special Victims Unit’’ (2009) and a more substantial role in ’’Resident Evil: Afterlife’’ (2010), the actor appeared on the big screen with the thriller ’’Loft’’ – the story of five friends who rent a loft where to meet in secret their mistresses, but they begin to suspect each other of murder when they find the body of a young unknown. The first images from the film has created waves among fans of Wentworth Miller. Now out of the impressive shape and physique  from ”Prison Break” where his character Michael Scofield was capable of anything. He helped his brother, Lincoln Burrows, unjustly sentenced to death (Dominic Purcell) to escape.

Wentworth Miller was a last minute choice to the serial ”Prision Break” and he  started filming a week after he was to auditions. One of the main attractions of his character was his body on which he tattooed the plan to escape from prison. The actor spent an average of 4 hours per day to be painted on almost half of the body and the tattoo seduced thousands of fans.

Created by artist Tom Berg, the tattoo would have required four years of work and about $ 20,000 to be made ​​into reality.

Last year the actor made his debut as screenwritter with an horror – ”Stoker”-with big names on the poster as Nicole Kidman, Mia Wasikowska and  Dermot Mulroney.

The two producers of Prison Break, Matt Olmstead and Nick Santora, launched in 2011 a new serial “Break Out Kings”! The subject: a team of marshals and ex- sentenced trying to catch criminals who have escaped from prison.