After a while, the man began to grow strangely fast, so between the ages of 21 and 32 reached the height of 2.18 meters.
Doctors found that the Austrian suffered from acromegaly, a tumor on the pituitary gland, which controls growth hormones.
He died in 1950 at the age of 51 years having the measure of 2.34 meters tall and was the only person in the world that has been classified as a midget and giant.

2)      ‘Benjamin Button’ Brothers, brothers whose mind is getting younger

Brothers Michael and Matthew Clark suffers from a rare and strange disease, that reminds us of the movie starring Brad Pitt, ‘The Curious Case of Benjamin Button’.
The two brothers in the UK suffer from a disease called leukodystrophy, which affects the nervous system.
If a few years ago, one of them was working in the British air force and the other one ran a supermarket chain stores now, the two are only playing all day.
Many would say that the brothers ‘ have given in children’s minds’ but their disease is transmitted genetically and the daughter of one of them, pregnant now, worries that she could convey the strange condition. 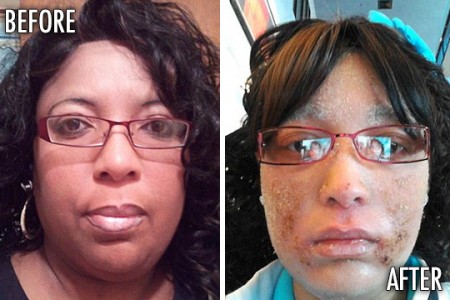 3)      Woman that has fingernails instead of hair

An American waman is suffering from one of the weirdest disease in the world and is the only one with this disease across the globe.
Isom Shanyna was preparing for a career as a lawyer when some asthma medications gave her a bizarre allergic reaction. She woke up in the night that instead of hair, her body started to produce … nails.
Doctors failed to detect the disease that women is suffering, but realized that her body produces 12 times more epithelial cells per hair follicle. Well, her hair is replaced by nails. 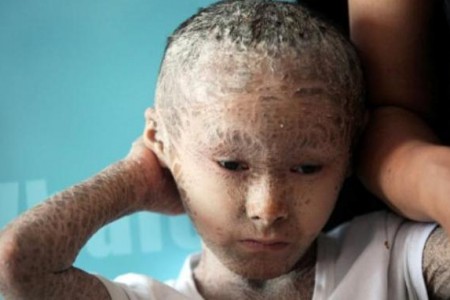 Pan Xianhang from China, 8 years old, is suffering from a very rare and strange disease that makes the skin appear like having scaly fish.
The boy is struggling with terrible pain and he suffered mutations on the skin of the face, which is deformed.