Announcement made ​​by the United Nations last year, according to which Peru has surpassed Colombia in the production of raw material for cocaine, has increased concern about the government’s ability to fight Peruvian drug mafia and offer farmers alternative.

Lack of resources in Peru, and the lack of an “integrated plan” to fight cocaine production shows that, in the coming years, the country will cement its position as the largest supplier of cocaine in the world, according to experts.

“The aid came from the United States, the European Union and, more recently, of Brazil, an excellent ally, it is essential,” said Thursday Jaime Antezana, a drug policy analyst.

“But if the Peruvian state lacks a systematic and integrated policy, no aid will help,” he added, quoted by the “LA Times.”

Office on Drugs and Crime United Nations announced on Wednesday that in 2012 Peru has surpassed Colombia in area cultivated with coca plants, which are the raw material for cocaine for the first time in the last two decades. According to the annual UN expertise, Peru to cultivate 156,250 acres of coca bushes last year, while in Colombia were cultivated 120,000 acres. 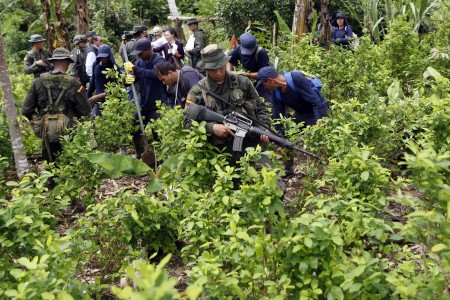