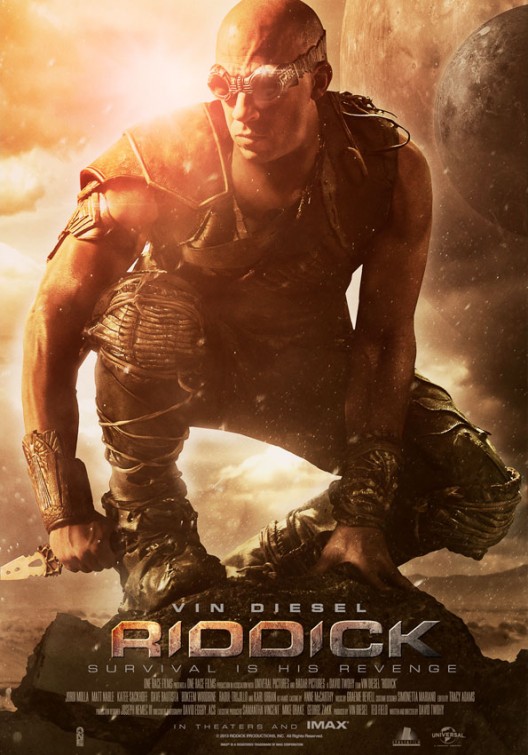 With Vin Diesel in the lead role any film is spectacular. “Riddick” is the new movie in where science fiction, special effects and action combines perfectly with what shows screenwriters Stephen Cornwell, Oliver Butcher, Ken Wheat in the story of a man betrayed by his fellow men. It all takes place in a land without rules, more accurate on a planet in the galaxy where “Riddick” was abandoned. Vin Diesel must fight for survival, with both mercenaries sent to hunt him, and with existing creatures on the planet that people did not stepped.

The idea that the film focuses is to save the home planet Furya of enemy hands, but not before save himself from attacks of rewards hunters and mercenaries sent to execute him.

Trailer presented on various specialized websites makes us believe that the movie is worth seeing. Premiere of “Riddick” is expected in USA on September 6th 2013 and is directed by the acclaimed director David Twohy, a continuation of the other two “Pitch Black” in 2000 and “The Chronicles of Riddick” 2004.

Action, sci-fi, thriller that’s what gives us Vin Diesel’s new film in which the actor plays the role of a hero who unleashes a revenge attack immediately that appears one of the biggest enemies of his Lord Vaako.

Together with Vin Diesel in “Riddick” movie will appear actors Karl Urban, Katee Sackhoff, Dave Bautista. What it will be, we will see all at the premiere of the movie where Riddick is based on one rule “Kill or be killed”.