Michael became a superstar at an age when most children learn things like the alphabet and how to count to 10. Born the seventh child in a family of 11 members, Michael and his older brothers [ Jackie , Tito , Jermaine and Marlon ] were thrust into the spotlight when their father Joseph Jackson, a steel mill worker in Gary , Indiana , founded a group of his sons, called ,,Jackson 5’’ .  Even if Michael was the youngest, became immediately clear to everyone that he had something special. Armed with a magical voice , more mature than his young age and with a charming aura which rivaled with any artist at that time , little Michael lead his brothers in local talent contests and won a recording contract with Motown in the late 60’s. During his time at Motown, Michael began a successful solo career that run alongside his work with his brothers. 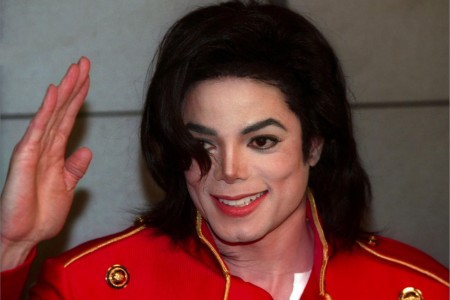 In 1976, the Jackson’s left Motown and signed a contract with Epic Records where they continued to release hit after hit. In 1978 Michael ventured into film [ The Wiz ] with Diana Ross , an African -American ” Wizard of Oz “ . The movie was not been great but put Michael in a race with destiny ,because  filming on the set of “The Wiz ” , he met producer Quincy Jones.

Michael and Quincy collaborated on his next solo project, “Off The Wall” . And with this album Michael was immediately transformed from a boy into a nice adult superstar. The album was released in 1979 in a critical praise, because of musical influences of those years,  rock and soul , the album being a continuous movement of dance. With top no.1 songs like “Do not Stop ‘ Till You Get Enough” and ” Rock With You ” , the album sold in 10 million copies and has come to be marked multiplatinum . It was hard to believe that any artist could top such a great success. But in 1982, Michael has done it with the launch of a monster album called ” Thriller “.