The next smartphone of Cupertino giant will be presented soon. iPhone 5S will be shown to the world on September 10 and will come with iOS 7 operating system pre-installed. 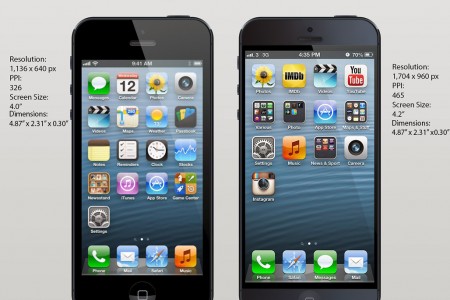 The future iPhone will be an iPhone 5 on the outside, but with a much improved camera, especially to compete with the Nokia Lumia series, the HTC One and finally, the Samsung Galaxy S4.

iPhone 5S can have the same 8-megapixel camera, but thought to make very good pictures at night. This after Nokia ridiculed that most iPhone users use flash because their phone is not doing well in some light conditions, with a commercial presented in June 2013 (see video below). Moreover, definitely fact, the next iPhone will shoot 60 frames per second, which is confirmed by the list of APIs provided by Apple at WWDC 2013.

Launch of iPhone 5S comes in an important moment for Apple. The company still profits from current and former generations of the iPhone, but the global market share decreased due to the large number of Android, but also because of the fight with Samsung.

To counter this trend, the Cupertino company could take the market by storm mid-level smartphone with a cheaper version of iPhone, iPhone 5C. It remains to be seen whether it will be released with the new iPhone 5S, or whether Apple will choose to support a separate event for it. What could come in addition the new iPhone? It is speculated that the enhanced version of the popular iPhone 5 will be equipped with a more powerful processor and a more powerful camera. Moreover, the terminal may incorporate a fingerprint reader.

Also, the iPhone 5S will come with version 7 operating system iOS. This was Introduce June, developers conference, and with the launch of the new smartphone, it will reach and older generations of iPhone (4, 4S and 5), but also iPads and iPods.