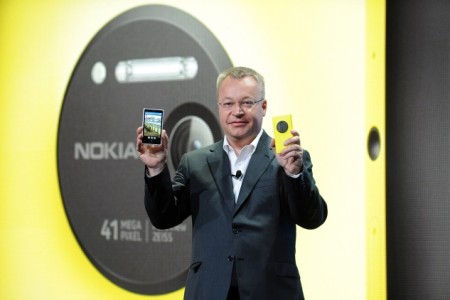 Nokia Lumia 1020 was presented in New York by the Finnish company. It is the newest and best phone with Windows Phone 8. Camera is the most powerful asset, has 41 megapixels and uses technology that Nokia is very proud.

Nokia Lumia Windows Phone 8 in 1020, has a 41 megapixel camera and 2GB of RAM, double the amount from any other model with WP8. The most important component of this phone is the camera sensor. Zeiss offers the 6 lenses in front of it, and the images can be enlarged or reduced on a scale rarely seen even with compact cameras. What makes this different from any other camera? First, those 41 megapixels allow storage of a high level of detail in picture of 5 megapixels resolution. Through what Nokia called oversampling, camera combines 7 pixels in a high superpixel. So what can be done with a compact camera with high zoom can be done on a picture taken with Nokia Lumia 1020, but without the discomfort caused by an objective designed for a long zoom. In addition, the sound will not be a problem when recording a video, the phone will automatically tempera noises and tones too high.

Then Nokia Lumia 1020 was equipped with a new app for the camera. Can be set exposure, ISO, shutter speed (it is mechanical), white balance and flash (has LED and Xenon). Moreover, Nokia Lumia 1020 also has a useful feature: image stabilization is performed about the same as the Nokia Lumia 920, but with an improved until natural movements of the hand – Stephen Elop, Nokia’s director, said that this is second generation. Beyond the camera, there are accessories for wireless charging and power Lumia 1020 to an external battery. Moreover, the phone will be available in three shades of color – yellow, white, black – and the official launch on the market will be on July 26 in the U.S. on AT & T at a price of $ 300 with subscription two years. Preorders begins on July 16. 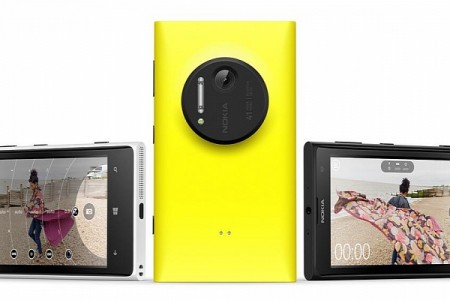 Nokia Lumia 1020 has a dual-core Qualcomm processor, 2GB of RAM and 32GB of storage space. The phone will be without of charge wireless ability, but with external cover and this can be achieved. In addition, Pro Camera is a new application with which users can get more of this huge camera. And Camera Grip is an accessory equipped with external battery for Nokia Lumia 1020 and turns your phone into a compact camera easy to use. Nokia Lumia 1020 takes the 4.5 inch screen from Nokia Lumia 925 with the same capabilities to respond and at contact through glove and a refresh rate of 60Hz. Furthermore, Stephen Elop, Nokia’s director, said that any photo hides many more stories than letting on. By this he referred to the ability of this phone to take pictures with a high degree of detail. The best phone with Windows Phone 8 also comes from Nokia, and to launch the next iPhone will be on the market.