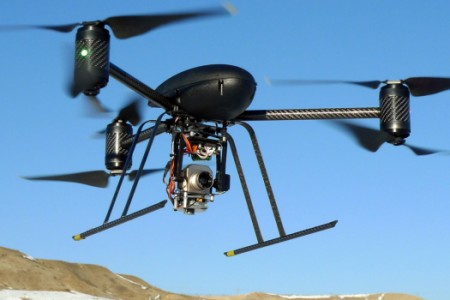 Currently drones industry in the United States is facing a public strong reaction about invasion of privacy.

Proponents say the drones could play a vital role in public services, but dozens of states have proposed draft laws to limit the use of drones.

Drone manufacturers have noticed lately their market value has climbed to over $ 5 billion in a few years due to the increasing dependence of the Pentagon and CIA use of drones in the mountains of Afghanistan, Pakistan and in the deserts of Yemen.
But what was seen as a great commercial prize , the use of drones to help police in the U.S. to find lost children to delivery of products, is in danger, even now, when the domestic market is on the verge of take off . Drones industry is experiencing a strong reaction in dozens of U.S. states on care for confidentially.
Given that demand for U.S. military drone could reach saturation, manufacturers are preparing to sell to domestic customers, especially since airspace is expected to open in 2015. It is a market that, according to the directors, is expected to reach a value of tens of billions of dollars.

Market drones could double by 2023

According to the Teal Group, an aerospace consulting firm and defense, the global drone – or unmanned aerial vehicles (UAVs), as they call them in the market is expected to double in the next ten years from, 5, 2 billion dollars to 11.6 billion dollars by 2023 – although only a small part of this increase is expected to come from trade buyers from the U.S..
Congress decided last year that drones to be integrated into the U.S. commercial airspace from 2015, opening up a large potential market for the industry, although many of the rules have not yet been established.
Proponents say the drones could play a vital role in public services, including monitoring hurricanes, and have the potential to transform a number of industries, including the supply of goods and agriculture.
More than 20 states are struggling to accommodate one of the six largest test sites drones household, believing that the industry could be an important source of well-paid jobs.

Confidentiality, an issue that could stifle the potential of using drones

However, the political revolt against government surveillance, which Edward Snowden made ​​them public, make people fear for their privacy and will prohibit the use of drones in U.S. airspace widely.
Dozens of states have proposed draft laws to limit the use of drones – restrictions that some executives in the industry believe it could stifle domestic commercial market potential. Several legislative efforts are expected in the coming months, due to increased anxiety.

“These privacy issues gather all right now and unfortunately all turn to drones,” said Michael Toscano, president of the Association for Unmanned Vehicles.

Jay Stanley, an expert on privacy and technology from the American Union of Civil Liberty, said the political battle lines over drones are the same as those against NSA.
“If privacy laws are implemented, we will see a lot of interesting new uses for this technology,” added Stanley.
Alan Frazier, the sheriff of Grand Forks, North Dakota and one of the pioneers in the use of drones in law enforcement, said that some of the state’s legislative proposals were equivalent to placing Telephone tapping laws before phones are used.

“They could have a chilling effect on the development of this technology. If we fail to make the public be agreed with their use, we may fail even before they reach the gate,” he said.

Greg McNeal, a law professor at Pepperdine University, who believes that the industry is “in denial” about the impact of privacy on domestic sales, said: “The drones struck in an area of public paranoia that has regarding the robotics. These issues paranoia could kill the potential use of drones. “