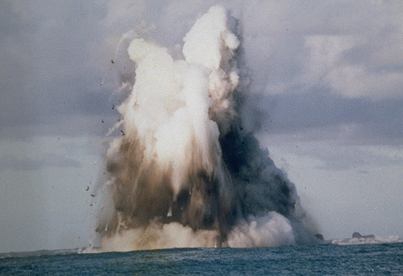 A new island that continues to smoke, was discovered Wednesday afternoon in the Pacific Ocean, about 1,000 kilometers south of Tokyo, according to images broadcast by the Japanese authorities, informs AFP.

The emergence of this island, with a diameter of about 200 meters, occurs after an intense volcanic activity. Located south-east of the small volcanic island uninhabited Nishinoshima in Ogasawara archipelago, it was seen for the first time Wednesday by a plane belonging to the Coast Guard.

This is a first in this area over the past 40 years. In September 1973 there was an island called Shinshima-Nishinoshima but which has since been largely eroded by waves.

From 1945, the end of the Pacific War, four or five such islands were discovered said a Coast Guard commander for the Fuji TV station. 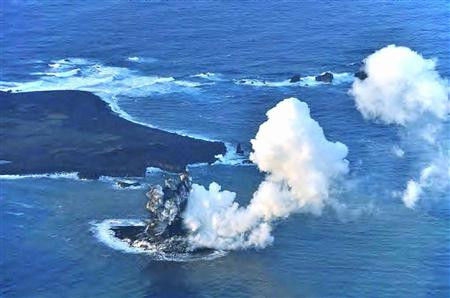 This island appeared in recent days could disappear below sea level, said the same source.
Coast Guard  urged ships caution in the region, where volcanic activity may continue.
“We will do everything to ensure the security of ships and closely monitor volcanic activity,” said a government spokesman asked about this issue in a regular press conference.

If the island does not disappear under water, “our territorial waters, will expand” the official said.

The Japanese government attaches great importance to the territorial waters, in the context of Chinese Coast Guard returns in the other uninhabited islands administered by Japan, Senkaku Islands, claimed by Beijing as the Diaoyu Islands.