Centuries ago, European apothecary shops were buying from merchants that holding secretly its origin, an unusual powder brought from the Orient. Dust was called “Artemisia dinner” was used to eliminate intestinal worms. Very quickly, doctors of the time found that high doses cause hallucinations, spasms, vortices and therefore they prescribe small amounts. Bitter powder was made from wormwood that grows in salty soil on the banks of the Caspian Sea. The plant was named in honor of the Greek goddess Artemis, protector of women and moral purity. Druids called mugwort “all that is good for mothers’ and wormwood -” old lady “.

In ancient Greece, wormwood was used successfully to cure diseases associated with menopause and sorcerers of Egypt were holding the secret to prevent epileptic seizures. In Chinese medicine, for heating the points of meridians gathering finely fuzz on the leaves of a certain kind of wormwood in which they manufacturing a cone sat on certain body parts and lights. Smoldering slowly wormwood warming active points and stimulate the healing process. In the absence of cones today are used dried mugwort cigarettes that are rotating around points corresponding the meridians of energy. 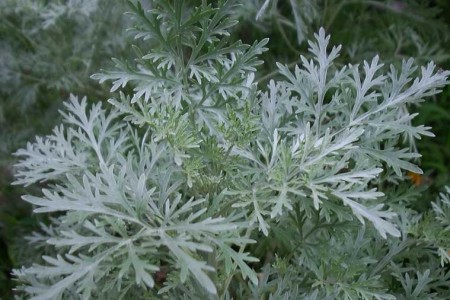 And the Romans, the ancient famous gourmands who have discovered that wormwood favor the digestion by stimulating the gall bladder, especially those with “lazy bile” but protect of deadly poison, that it was often put in food for their enemies.

Ancestors solve the problems of nausea and vomiting, or stomach pain by chewing a leaf of wormwood, and in case of insomnia, seated next to pillow a sprig of mugwort. And before starting a long journey, they were putting into the shoes, leaves of the plant, not to tired feet. When was the epidemic cholera or the pestilence (fever) the homes was smoked daily with dried wormwood smoke and on the ground was settled thick layers of fresh plant for disinfection of air. Popular witch doctors picking the wormwood in late August when it’s magical powers was considered maximum.

Herbalists say that the healing powers of wormwood growing in decreasing moon days (after the full moon). The highest energy power peaks is in the plant with buds.

In Siberia, a branch of the Academy of Sciences explores intense therapeutic qualities of wormwood. Russian state allocates large amount of money to solve a problem that becomes more acute, namely – appearance of antibiotic-resistant pathogens. At the beginning, the use of antibiotic preparations greatly increased the efficiency of cure infectious diseases. But over time, they found more and more negative consequences: microbes produced genetic mutations and were “learned” with new drugs, becoming stronger and at patients appear more often allergic reactions or intoxications, lowers immunity, it disrupts the balance of intestinal flora composition. 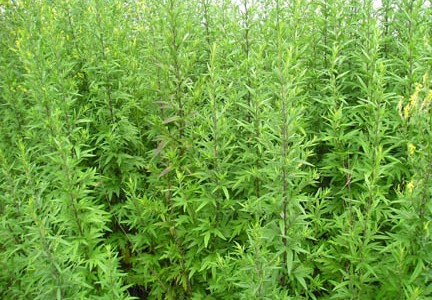 As in many other cases, saving a nature offers. Herbal preparations have many advantages: successfully fight antibiotic-resistant bacteria obtained by chemical, favors increasing immunity, have anti-inflammatory and regenerating can be used in long cures of patients with chronic diseases.

Wormwood has been designated as one of the most effective natural antibiotics due to spread in all geographic areas, but large amounts of antimicrobial active components. Wormwood defeated in battle with staphylococcus, hemolytic streptococcus, mycoses and can heal wounds with pus. Moreover, it was found possible use of wormwood in curing dental diseases.

Other benefits of using oil of wormwood, confirmed experimentally, are: harmonizing functions of the nervous system, cleaning air of microbes, strengthen immunity, anti-allergic and anti-inflammatory effect. In the absence of wormwood oil in pharmacies, we can cook it on the steam bath. In a jar is put chopped wormwood, about halfway and fill the jar with oil. Boil with cap on to keep the essence put on fine cloth folded into a pot with water for 1.5 hours. Cools it, but do not filter. Another way of preparation: the glass jar is held in the sun for 7 days, and then in the cabinet, in the dark, for 14 days.

We’ll be back very shortly with a few special recipes for the treatment and prevention of diseases.

Note: Here are the Remedies with Wormwood for Gastric Diseases and other Digestive Disorders.