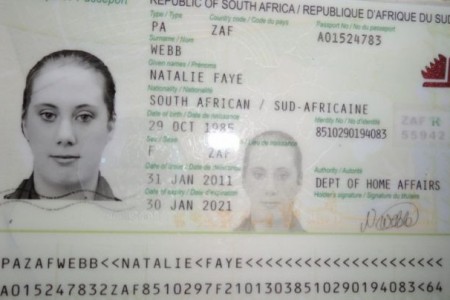 During cleaning Westgate shopping center in Nairobi Kenyan capital, government troops have announced that among the dead terrorists found the body of a white woman dressed in Muslim attire, informs “Voice of Russia” and “The Belfast Telegraph”. This could confirm the theory that a British nicknamed “White Widow” was behind the terrorist attack that killed dozens of people.

Samantha Lewthwaite was born and raised in a small town in Northern Ireland. Widow after her husband, one of the authors attack in London on 7 July 2005, blew up, Samantha, mother of three children, had been actively involved in terrorism. Moreover, in recent days, the international media circulated assumption that British convert to Islam would be planned in Nairobi mall massacre that resulted in about 70 people dead, officials said. Terrorists from Al-Shabab, the group that has claimed responsibility for the attack, saying that it is about 137 deaths.

The police said they had found the body of a white woman dressed in Muslim attire inside the mall. A police official denied it would be about Lewthwaite, saying that all the attackers were male, notes “The Belfast Telegraph”. Moreover, the Al-Shabab wrote last night on Twitter that Lewthwaite not dead and that it is safe. Witnesses to the bloodshed which began on Saturday and ended witnesses say a white woman seemed to lead the group of attackers. They say that she gave orders in Arabic other members of the group.

Meanwhile, the British Foreign Ministry announced that a British person was detained at the airport in Nairobi, while trying to flee the country aboard a Turkish Airlines flights in the investigation of the attack on the mall. British officials have not specified the sex of the person detained. According to British tabloid “The Daily Mail”, a Somali-born British 35-year-old was arrested at Jomo Kenyatta airport in Nairobi.