Ukrainians show their solidarity through donations, giving up more than a million dollars national military forces who had suffered from poor funding from the state. In addition, on the internet has circulated another version of campaign fundraising, but addressed to Russian citizens in order to fool them to give money to the same fund allocated the Ukrainian army. 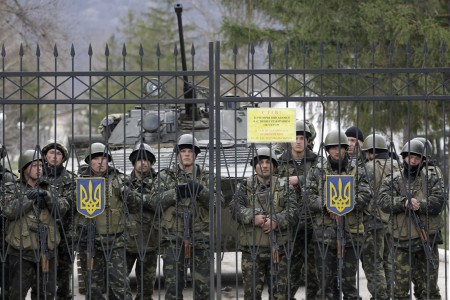 Ukrainian Ministry of Defence has launched a Facebook page through a campaign to raise money for the country’s military, establishing a fundraising hotline and an easy donation, reports BBC. “Support the Ukrainian army! Citizens Campaign to help the Armed Forces of Ukraine goods, technical and medical, “noted the Ministry of Defence, quoted by BBC. People can help by sending a message to the number 565 to transfer automatically five Ukrainian hryvnia to the fund created for this campaign. In just three days after the launch of the campaign gathered more than 9.9 million hryvnia (one million dollars / euros 700,000), most of the money coming from civilians.

The current Ukrainian president, came to power after the national upheaval that culminated in the dismissal of former President Viktor Yanukovych said recently that only 6,000 troops are ready to fight, if will need a military intervention, the rest of the military effectives affected by lack of money. Campaign Ukrainian authorities was taken over by anonymous hackers who tried to mislead the Russians. False campaign directed against Ukrainians, message authors asking Russians to donate money to “help the Crimean liberators”, but offers the same phone number as the original campaign.