A new series of the most beloved films reaches a market leader. Science fiction movie “Transformers: Extermination,” directed by Michael Bay, it continues to lead the box office in North America for the second consecutive week, with $ 36.4 million. Thus, Michael Bay movie with Mark Wahlberg continues to be the no. 1 movie in the world. 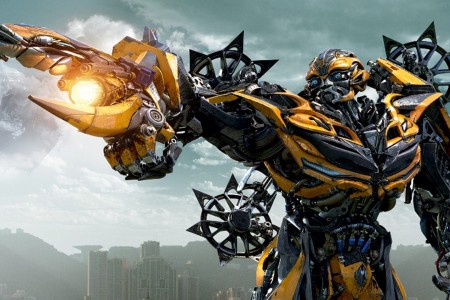 Film lovers worldwide continue the journey with the Autobots into a spectacular universe. ”Transformers: Age of Extinction” is the worldwide leader managed to be the first in the U.S. in the second weekend, with earnings of $ 53 million.

The U.S. has about 200 million dollars, but most of the money earned in international markets. According boxofficemojo.com, the fourth film in the series has already made 575 million dollars.

After the events of “Transformers 3”, the human race trying to recover, and the Autobots and Decepticons have disappeared off the face of all the earth. However, an influential group of business people and researchers believe that it is appropriate for people to learn something from incursions of the Transformers on Earth, forcing the limits of technology beyond what can be controlled, while Earth becomes the center of interest of an ancient threat of Transformers.

“Transformers: Extermination” is partly filmed in China, the system of co-production between Paramount Pictures and the Chinese company China Movie Channel State. Besides the distribution of Hollywood – Nicola Peltz, Jack Reyna, Sophia Myles, Stanley Tucci and Kelsey Grammer – in the film played actors from China, including Li Bingbing.

What series of” Transformers” you liked most? Tell us your opinion!