The House of Representatives has approved raising U.S. debt ceiling until March 15, 2015, without conditions, a measure to adopt the Senate, to remove definitively any risk of default. 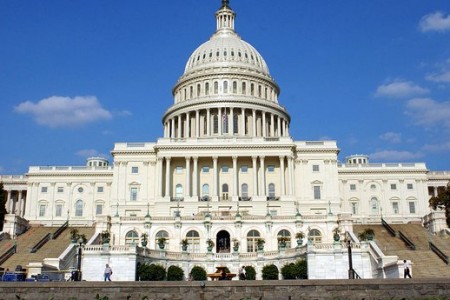 The measure was adopted by 221 votes to 201, thanks to the support of almost all Democrats and 28 Republicans. Congress has until February 27 to adopt the final text. Republicans having control over House of Representatives, announced earlier that they no longer demand anything in return, a surprise announcement, perceived as a “capitulation” in front of President Barack Obama.

“It was done what had to be done,” said Republican Senator Bob Corker, who opposes unconditional debt limit increase, but voted “for” a procedure in order to vote the final vote. “I could create chaos in the country for weeks, or let this vote behind us,” he said.

They did not intervene against the vote, although the vast majority of Republicans voted against. The legal limit debt suspended in October after a parliamentary “battle”, was reactivated on Friday at the level of 17.211 billion dollars. Treasury warned that can wait only until February 27 without a new authorization from Congress to a loan, after which there is the threat of a default.

Adoption by Congress was permitted by Republican leaders in the House of Representatives, who quit Tuesday to political demands. They said that the turning point was not favorable, the White House and Senate Democratic majority, refusing to negotiate with them.

Renouncing confrontation, Republicans ends painful chapter of the last three years. At each term of the debt, they insisted to obtain concessions on spending cuts or against health reform by Barack Obama. “America has no choice but to pay their bills,” Democrat Steny Hoyer said Tuesday.