Shamil Tarpischev, the President of Russian Tennis Federation said that WTA suspended him for a year after he said that the Williams sisters are actually “brothers”, because global forum “has no sense of humor”.

Present in a TV show with former player Elena Dementieva, Tarpischev spoke about Serena and Venus Williams as the “Williams Brothers”: “Look at our athletes are elegant and beautiful. I have an enormous respect for the Williams brothers, but when one of them passes by me I stay in her shadow for about 40 seconds.They are very strong. To you would not be afraid? “ 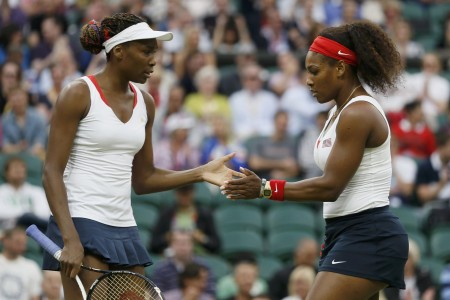 After being notified by WTA he returned to the statements made: “They want to apologize for the simple fact they do not understand what’s that sense of humor! Do not understand why my statements were considered insulting. My comments were spontaneous and fun. Sorry to have been mistranslated in English and out of context. I do not think this incident had turned into a scandal, “said Tarpischev.

This declaration made by the President of the Russian Tennis Federation, Shamil Tarpischev brought many complaints in the world “of the white sport”. In addition, the American press also has tough criticized  Elena Dementieva, who did not contradicted these statements. Moreover, the Russian smiled, showing that she tasted these jokes.

Maria Sharapova was defeated in the last 15 direct meetings by Serena Williams, so that the American has become “persona non grata” in Russia and she is forced to endure such comments often.

Tarpischev was suspended for one year by WTA and received the maximum fine of 25,000 dollars.

Reactions have rapidly developed and Serena Williams responded after she and her sister were called “Williams Brothers” by Shamil Tarpischev. Serena convicted the statements that the Russian made and thanked WTA for intervened. “I think the WTA has done a great job with immediate action. These statements were very sexist and racist at the same time. Statements were rude,” said Serena Williams.

Also, and Maria Sharapova took action against her compatriot. “Those statements were disrespectful and I am glad WTA intervened. Was very inappropriate, especially as the person is a part of the International Olympic Committee,” said Sharapova.

Simona Halep lost all three encounters with Serena Williams, but she never met her since she entered the WTA Top 10. Simona said about the tomorrow tennis match October 22 :“She is the best player in the world, so it is a big challenge for me. I will give everything on the field to win, I think I can win the game, but have to remain very focused.” 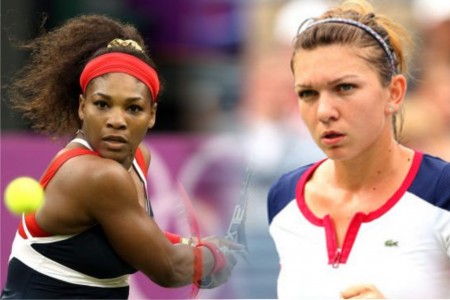 The match is part of the second round of the WTA Championships Red Group. In Singapore, Serena Williams and Simona Halep started with one victory. Halep defeated yesterday the Canadian Eugenie Bouchard, the 5th WTA, by a score of 6-2, 6-3, and Serena Williams beated Ana Ivanovic Serbian athletes, WTA No. 7,score  6-4, 6-4. Tomorrow seems to be one of the most interesting tennis match from this year.

What do you think about the statements made ​​by the Russian president? Who do you think will win in the tomorrow match? Share us your opinion!