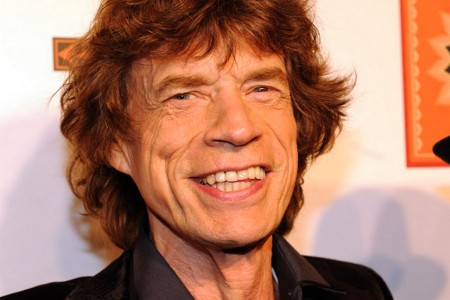 Singer Mick Jagger will become grandfather next year, after his granddaughter Assisi will give birth to her first child. Jade’s eldest daughter (one of the girls rocker), is pregnant and will give birth next year. Grandpa Mick Jagger at 70 years is downright delighted to become great grandfather. Mick Jagger has seven children by four different women – singer Marsha Hunt, mannequins Bianca Perez Morena , Jerry Hall and Luciana Morad and has four grandchildren. For over 10 years, Mick Jagger has a relationship with stylist L’Wren Scott, 25 years younger than him. Mick Jagger is the lead singer of The Rolling Stones, founded in London in 1962 and one of the most famous rock bands in the world.