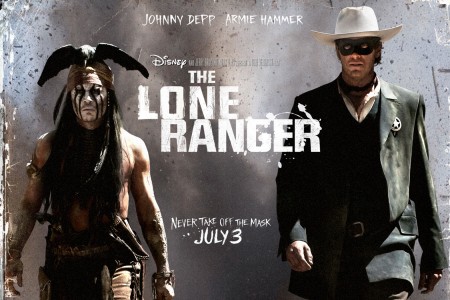 “The Lone Ranger” is a meeting of producer Jerry Bruckheimer and Oscar winner, Gore Verbinski – the two pillars behind the “Pirates of the Caribbean” project. ‘The Lone Ranger’ it has in starring role of Tonto (Johnny Depp), an American Indian warrior, who tells the story of John Reid – a lawman who becomes a legend.

Movie distribution is one of exception, with Tom Wilkinson, William Fichtner, Red Harrington but also Helena Bonham Carter in the role of patron of the salon with one leg.

“The Lone Ranger” is released after 80 years of public presentation of the lovely characters on WXYZ radio in Detroit on January 30, 1933. Moreover, producer Jerry Bruckheimer was born and raised in Detroit. “I grew up in Detroit where radio and TV plays about “The Lone Ranger” were part of my youth and many others. The fact that these characters were presented on radio, on TV, in comic books is a demonstration of the fascination they exert on the public.” 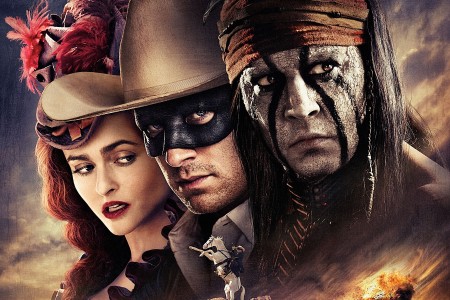 The new and the old combined on shooting stage

The cast includes Ann Simon and his daughter of 10 years. Ann Simon is the granddaughter of James Jewell who directed the first radiophonic show “The Lone Ranger”. Before shooting actually begins, all actors starring participating in a stage of “military” on a farm in Albuquerque, New Mexico, where they learned to ride, to shoot with the gun, put the saddle on the horse, to drive carts of the era, in large to take whatever action you need to appear natural in movie.

For the movie were built from scratch twelve buildings in the city of Colby in Puerto Rico and New Mexico. Among them there were a railway station, a barn, a bank, a salon, shops and sheriff’s office. Near Colby was built nearby city Promontory Summit, Utah. The person who handled the scenography was Oscar winner, Cheryl Carasik, who received advice about decorating the salon Red Harrington even from Helena Bonham Carter, which plays the role of patroness in the movie. Among the requirements regarding decoration actress included a pair of handcuffs “of the era” books of Medicine from 1860 and a few copies of what the times were considered pornographic publications.