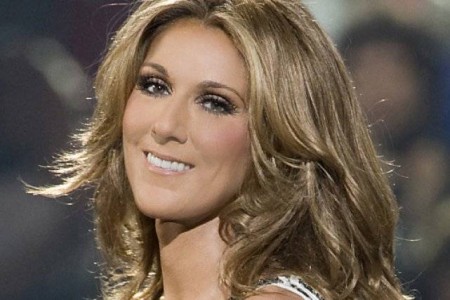 It is impossible not to have heard at least once a piece of Celine Dion. This angel’s voice managed to conquer the hearts of people with her romantic songs and an impeccable interpretation aimed to reach right to the core.

Celine Dion was born on March 30, 1968, the fourteenth child of Dion’s family and raised in the town of Charlemagne in Canada. Although she was not raised by a rich family, she says that the foundation of the education of those fourteen’s children has always been the love.

Celine took part in tournaments and small movements of her parents, being raised by a family of musicians: her mother and father played the violin and the accordion. Not long after, they opened a small club in Charlemagne called a piano bar, where city residents could listen the performances of those sixteen members each evening.

At the age of twelve years, on the table of Rene Angelil ,a respected manager of the era, which handled the career of the singer Ginette Reno , got a song sung and recorded by Celine . He was so impressed by the live performance of Celine that he began to cry. Then he promised to devote her entire musical career, pretending, however, complete control of her professional life. Not having sufficient financial resources to release the first album of Celine Dion, the manager has mortgaged his own house making the amount required.

Celine’s talent and dedication could not go unnoticed considering the fact that between 1981 and 1987 recorded a total of eight albums becoming a celebrity in the French provinces and in Japan, where at participating of Yamaha World Popular Song Festival contest in Tokyo won a lot of awards.

At the age of fifteen years she realized that music is her life and dropped out of school. Ironically, in the time Rene Angelil divorced it’s second wife.

At the age of eighteen the two fell in agreement on the fact that she needs a change in professionally and image terms:

,,I worked hard and I surpassed myself. I was not in terms of physical appearance as it should be. I was not pretty and I had problems with teeth and I was very weak. ‘’

Celine began to take hours of English and at the same time small physical adjustments followed by the correction of the teeth.

In 1988 Celine was chosen to be the representative of Switzerland at Eurovision in Dublin where she performed ‘’ Ne Partez Pas Sans Moi ”. Her impeccable performance left speechless the 600 million viewers who watched her and brought her the inevitable triumph by winning the grand prize.

In 1990 the singer released on the American market and in countries of English the album ‘’ Unison’’ album which earned to Celine the status of pop singer , who captures not only the U.S. but also Europe and Asia continent’s.

In 1991 the artist recorded with Peabo Bryson the main theme of the animated ‘’Beauty and the Beast’’. The play was a success and it brought an Oscar for best soundtrack and a Grammy .  The song appeared on the second studio album simply titled ‘’Celine Dion’’. 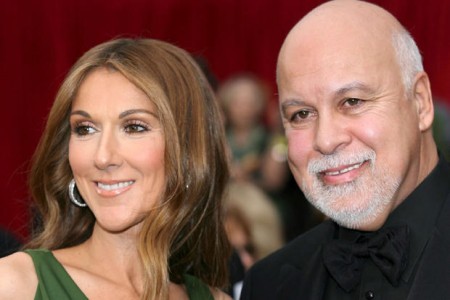 The artist career had a real momentum thanks of the worldwide fans who loved her due to the simplicity and affection with which managed to convey the message of her songs. In 1993, at twenty-five years Celine had a reputation defined among the great artists of that period. At the same time with the release of the album ‘’ The Colour of My Love’’  she  publicly declare her love for her manager Rene Angelil, love story that began when she was only twenty years old.

By fear not to be criticized by the public the two set out to keep the relationship secret considering that Rene was twenty-six years older than his beloved singer. Anyway, the following year the couple were married in Notre Dame Basilica of Montreal, leaving gossips who criticized their choice.

In 1996 there is an another successful album with songs that were both ranked first for weeks in the charts,‘‘ Falling into You”. The songs ” Because You Loved Me” (part of the soundtrack to ” Up Close and Personal”) and ” All by Myself” made ​​the album was honored with two Grammy Awards.

” I believe that the heart does go on ”


The climax of Celine Dion’s career was brought undeniable by the song ‘‘My Heart Will Go On” soundtrack to James Cameron’s ” Titanic” (1997). At the Oscar’s ceremony in 1998 Titanic received eleven awards including Best Song for ” My Heart Will Go On”. That song came out winning was not a surprise to anyone. 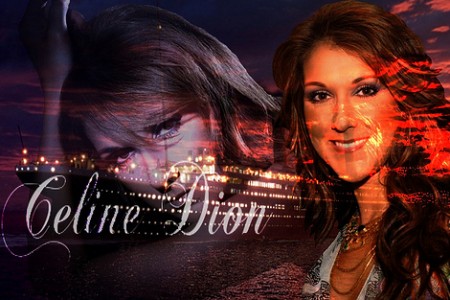 It was undeniable. Celine saw her  dream come true. Through hard work and dedication has reached unimaginable heights and won the hearts of the audience. Not only that, her reputation  brought for next songs  collaborations with accomplished artists,  including Barbra Streisand, Luciano Pavarotti, Bryan Adams. In 1998 she performed with Aretha Franklin, Mariah Carey, Shania Twain and Gloria Estefan at the concert of the Channel VH-1,  Divas Live.

A New Day will come!

The undeniable success has been terminated due to an unexpected event in the life of Celine Dion and her husband. In 1999 Rene Angelil were diagnosed with cancer which determined her to take a break from the musical career. During this time, Celine began a series of treatments and surgeries in order to give birth to a child, the fruit of the love between the two lovers.  After many trials and hardships overcome, their efforts paid off in 2001 being born their first child, Rene Charles Angelil. The good news continued to defend, doctors saying that Rene’s disease evolve in a positive direction.

In 2002 appear the album ” A New Day has Come ” an album awaited by fans who knew her true value. The surprise came from critics who commented that the songs performed were outdated and exclusively addressed to pop music public. Fake comments made ​​by critics and media insistence led often Celine to refuse to appear on the red carpet, to give interviews or offers from major designers to advertise their products.

All these evils they brought against her, have led Celine to sign of a contract for a period of three years with the company directed by Franco Dragone, who is behind the phenomenon of ‘’ Cirque du Soleil ‘’ . The contract provided that she was playing five nights a week in a 4,000 -seat amphitheater at the Caesars Palace Casino in Las Vegas. Celine’s shows were a success which led to extension of the contract for a period of another two years until 2007. 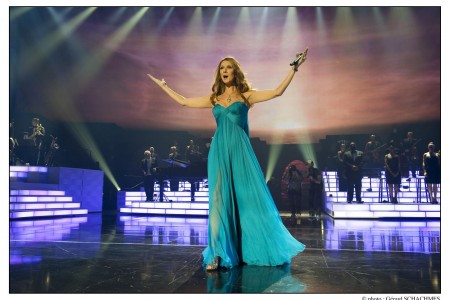 In the following albums by Celine was noticed a change of style ” One Heart” (2003), ” 1 Fille & 4 Types” (2003), ” Taking Chances” and ” D’Elles” contained a more rhythmical dance music approaching the public demands of the period. Albums were well received by critics and fans, which emerged from the crowd of people-that used to fill the concert halls from tournaments.

In 2010, again after several treatments she gave bird of twin boys and in 2011 resumed the show in Las Vegas signing a contract for three years.

This year on November 4  will be released the 32nd of the singer’s album  ” Loved Me Back to Life” first single bearing the same name. It worked on the thirteen tracks with artists such as Sia Furler, for ” Overjoyed”  with Stevie Wonder and with Ne-Yo for ” Incredible”.

Gifted with a voice of an angel and soul of millions, Celine Dion has shown over the years that she won by ambition and courage her star status and not just that. She won the hearts of millions of fans who loved, love and will always love Celine.