Many of us wonder  who was Valentin and which are the origins of this holiday. There are many versions of this story, which combined have given birth to a legend: the legend of St. Valentine. 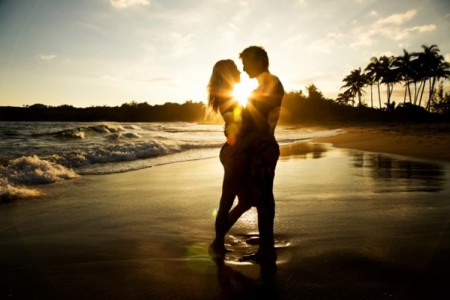 It is said that Valentine was a Roman priest martyred during the persecution of Claudius in the years 269-270 after Christ.  As a young man, Valentin helps Christians in times of persecution. He was caught and put in prison, where he became a preacher. Therefore he was sentenced to death on 14 February 269. While he sat in prison he sent messages of encouragement to his  friends telling them ” Remember the Valentine”  and “I love you “.

Another version says that Valentine was a priest who secretly married couples against Emperor Claudius law that had forbidden marriage. In this story too he was taken to jail because he refused to go on believing in pagan gods. In prison, he befriends with jailer’s daughter and convinced her to  believe in God. On the day of his execution, February 14. 269, Valentin write a love letter to jailer’s daughter which did not sign it.

So, a fact still remains that there was a priest named Valentine who was executed for his faith in God. February 14 remains a special day in which love is celebrated on Valentine’s Day. This happens a day before the pagan festival (Lupercalia).

In 496 the Pope Gelasius changed Lupercalia from 15 to 14 February in an attempt to stop this pagan festival. The Church understands that there is nothing wrong with celebrating love, but only pagan elements brought as an insult to the divine. Lupercalia was still celebrated , but it remained marked as the day of Valentine’s Day. Thus, Valentine became known as the protector of lovers.

When held Lupercalia, pagan celebrations, it was used to write the names of all unmarried girls, and place them in a box. Each single man  was extracting  such a note, and the chosen girl becoming his girlfriend for a full year.

A similar practice has taken shape since the 14th century. In February 14 every boy was choosing a girl who became lovers for a day.

Therefore, it behooves everyone to celebrate this day. Although we are not really sure who was Valentin, it is still a special day in which we can express love for those loved ones, more than usual, and not just in an only day of the year but everyday.