From the latest research of neurologists results that, when it comes to making decisions, conscious mind is the last which hear about it.

We already know that it is possible to detect brain activity associated with the movement before a person becomes aware of the decision to move. Existing studies have not only extended this knowledge and abstract decisions on the situation, but even suggest that it would be possible a reverse or alteration of the decision made ​​in a person’s mind before realizing that has taken that decision. In 2011, Gabriel Kreiman, from Harvard University measured individual the activity of neurons of 12 patients with epilepsy using electrodes already implanted in their brains to identify the source of their seizures. Volunteers took part in the experiment “Libet”, in which they had to press a button whenever they wanted, being necessary to remember, with a clock, the exact moment of the decision.

Kreiman found then that electrical activity in the supplementary motor area involved in the initial movement and from anterior cingulate cortex, which controls attention and motivation appear up to five seconds before a volunteer to become aware of the decision to press the button.

The conclusion came to reinforce previous studies performed by functional magnetic resonance scanning (fMRI) of John-Dylan Haynes from the Bernstein Center of Computational Neuroscience in Berlin, Germany, which identified the origins of the prefrontal cortex decisions with astounding interval of ten seconds before their awareness. 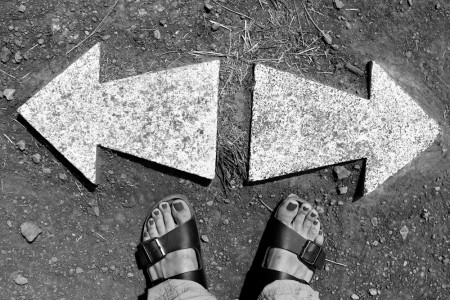 Kreiman claims that is currently working on a method for predicting the real-time decisions and checking the possibility of reversing a decision before to enter into consciousness – by displaying the word “stop” on a screen immediately after measuring devices indicate activity in the brain. Still no certain results, but neuroscientist suspected that there might be an “irreversible point” measurable brain. “Right now all we have are people who say,” says Kreiman.

If this kind of “read thoughts” is possible, a new study of Haynes recently published indicates that he may not be limited to decisions involving the movement of a finger. Using fMRI, Haynes found that the same brain areas involved in movement are active in making the decision a few seconds before and even when decisions are more abstract, such as the addition and subtraction of a series of numbers.

Specialist suggests that prefrontal and parietal cortex could be generating circuit decision making, submitting the activity to various regions of the brain, depending on the task facing the person. “It is possible that decisions being generated from a common set of brain regions, which then be directed either to the motor systems for pressing the buttons either to parietal cortex for the calculations,” he said. 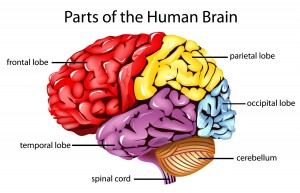 Scientists assure us that, unless we have placed electrodes in brain, it is impossible that our decisions to be sabotaged by malicious scientists, and Kreiman insists to clarify that it is not bent down toward world domination. “I try to practice mind control, we want intent to discover mechanisms. This might help, for example, in patients suffering from Parkinson’s disease that causes loss of control of movement, “adds.

As for what implies all this regarding one of the longest debates in science – whether or not we have free will – Haynes is categorical: “What we need now is another 20 years of neuro serious research, not more speculation based on several studies that have been made currently. “And Kreiman supports him, but adds, however, that these early results bring to the surface the issue of free will in the realms of magic and mystery. “There is something magical. Are neurons and are ions flowing through the membrane, and they distort our decisions. No need to invoke freedom, “added the German researcher.