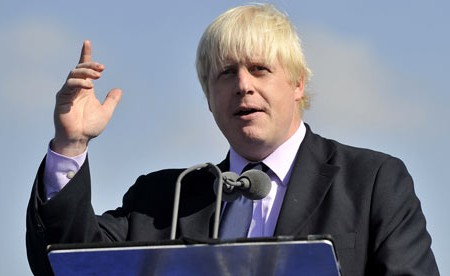 London city mayor Boris Johnson put bad thoughts Heathrow airport, the busiest in Europe, instead wants to build 100,000 homes. He will present a government commission a series of proposals for closing, moving or resizing airport, in a week playing Heathrow future, writes “The Guardian”.

Monday, in a press conference, City Mayor of London has presented the plans to modernize air connections with London, which includes transforming land under Heathrow in a residential complex for 250,000 people and construction of another large airfield in Essex and Kent counties in south-east England, where could build an artificial island.

The city mayor would like to develop a new air hub, with four runways in east London, but this would leave Heathrow airport without traffic, which would result in the loss of many jobs. Another option forward by Johnson was another important extension of Stansted London Airport. Airport management that Johnson would move in the Thames Estuary or on an island to the east of London does is not seen with a friendly eye the proposals city mayor of London. Moreover, he asked to build a new runway, the third.

Instead, Johnson argues that the move of Heathrow would create 375,000 new jobs until 2050 and bring 742 billion pounds UK economy. “Eradication of” Heathrow was very simple explained by Johnson, who says that air traffic bothers hundreds of thousands of Londoners who live in the area. Moreover, the mayor said that to increase competitiveness you need a large airport, outside populated areas, where they can build “four or more runways.” On the other side, the heads of Heathrow said that a third runway is enough and that they will not need a new one for another few decades.

If Johnson manages to convince the government to give up Heathrow, the Government could buy for almost 15 billion pounds and could use the 1,220 acres to build 100,000 housing writes in Bloomberg.