Have passed 6 hours and 20 minutes of known race of 24 Hours from Le Mans started at 15.00 pm, France hour. As the Japanese call it “The Long Long Day” competition is very important in the world, both for the 56 competitors and racing lovers. Start was given by Jim C. France an American motorsports executive, vice chairman of the board of directors and executive vice president of NASCAR and the former chief executive officer (CEO) of International Speedway Corporation (ISC). 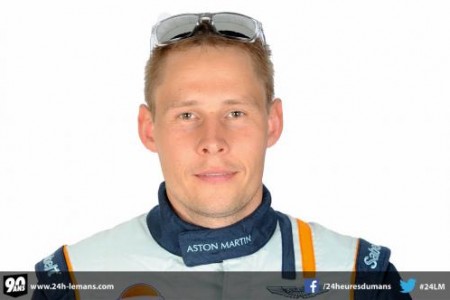 Unfortunately took place also the first major incident of the race that ended with the death of Danish driver Allan Simonsen who was 34 years old. It was part of Aston Martin racing team, lost control of the car and hit the security barrier at a turn on a very fast section. The accident happened at the 4th lap of the race, 9 minutes after the start of the competition. I have been given unsuccessfully first medical treatment at the medical center circuit. The team decided to withdraw the car racing no. 95 driven by Allan Simonsen because it was damaged in very high proportions and has not managed to be repaired to continue the race.

There are 4 classes that are competing: LMP1 (Le Mans Prototype 1 – the most powerful machines with the biggest engine and the fastest and most spectacular developments), LMP2 (cars with engine capacity, power, and less weight) LMGTE Pro and LMGTE I, for professionals and respectively amateurs who compete with cars that still preserves a small connection with normal touring car.

If at LMP1 race will undoubtedly be dominated by Audi cars, Toyota just having a shot at the title, at LMP2 we welcome return of Alpine brand in motorsport, even if it is made only at the name level, the cars are all Nissan technology-based. Japanese brand dominates this category, because only Honda provides technology for the teams with a shot at the title. In GTE Pro and GTE Am class, we have a fight more interesting: you will see the at work Aston Martin Vantage GTE, Ferrari 458 Italia, Viper GTS-R, Chevrolet Corvette and a range of Porsche cars. 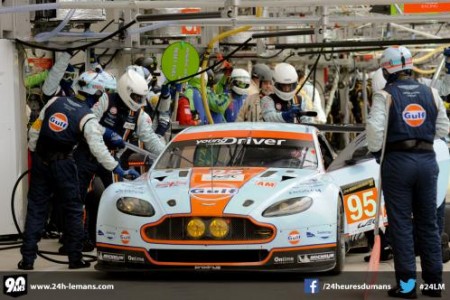 There are at least three riders in each team, which rotate about once every two hours, so that each of them gets to drive, on average, four times in the 24 hours. Also, the mechanics and the rest of the team matters just as much as the pilots, because damage are common place and cars must be repaired in time. If at LMP1 and LMP2 classes every second counts, at classes GTE Pro and GTE Am especially, are surprises more frequent, and changes in real-time ranking, more spectacular.

We will return with information, once the race evolves.