Stephen King faces a year full of literary and cinematographic events that will confirm once again, if it was necessary, his unquestionable position in the cultural world. A book release promising his fans endless joy, a new movie which certainly will become a hit and a new television adaptation after one of his well-know novels, these are only some highlights that will mark 2013 in the King of Horror’s career.

After the news that Doctor Sleep (the much appraised “The Shining” sequel) will officially see the light of day on September 24, 2013,  thus putting an end to 36 years of waiting, Universal Pictures announced a joint-venture together with Blumhouse Productions for creating a movie based on King’s short story Gramma, first published by the author in 1984 in Wierdbook Magazine, afterwards becoming part of the short story collection Skeleton Key, published in 1985.

Currently in the pre – production stage, Mercy (the official name of the movie) counts a series of famous actors. Among them we will mention only Dylan McDermott and Frances O’Connor, just to offer you a taste of it. For the time being, there is no record of an official release date, but we bet it’s going to be a full year there in the studios. 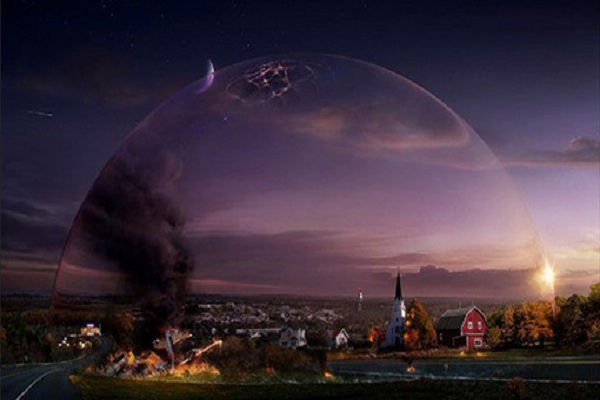 Stephen is going to be busy, busy, busy this summer! If in November 2012 the most important show-biz sources announced the release of a new horror TV mini-series, based on King’s bestseller novel Under the Dome, not a few days ago, CBS broke the news, so to speak, and set the official premiere day: June 24, 2013. Conceived to have 13 episodes, the mini-series will be produced by Steven Spielberg’s company ”Amblin Entertainment” and will be part of CBS channel summer program.

Under the Dome tells the story of a small town in Maine (where else?) which suddenly becomes isolated by the rest of the world, being covered in its entirety by a huge, transparent dome. Following this premise, the TV series creators wish to offer their audience an exceptional show. We are sure they will reach this goal, as CBS works with none other than cinema icon Steven Spielberg and his team, while among the executive producers, besides the King himself, we will find Neal Baer, Justin Falvey, Darryl Frank, Stacey Snider and  Brian K. Vaughan (whom we all know from “Lost“, the TV show that boggled our minds between 2004 – 2010).

But fret not fellow fans and King’s followers, because the fusion of arts of 2013 is not done yet. Music is one field that Stephen King knows something about and guess what happens on March 19, 2013! “Ghost Brothers of Darkland County”, defined on King’s official website as a “southern gothic supernatural musical” will make the day for a lot of people out there.

In other news, 2013 is not just a long line of press-releases and breaking news for Stephen King, but also a year of celebrating old masterpieces. “The Stand” will celebrate its 35th anniversary, while “Pet Sematary” will party like no other for its 30 years of terrifying readers all over the world.

So, good luck in your endeavors, Mr. King, and make you scare the soul out of us for a long time from now on!