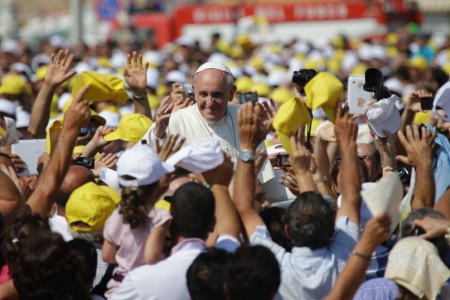 Brazil, the country with the largest Catholic population in the world, is preparing for the visit of Pope Francis, who next week will make his first trip to abroad as pontiff. Over 7,000 policemen were mobilized in Rio de Janeiro.

For everything to go by the book, more than 30,000 members of the security services, police and military will be deployed next week. 7,000 policemen will support security forces consist of 12,000 members, in addition to the 1,700 elite officers of national forces, the civilian police and federal. This, on the ground, because on the sky will fly helicopters equipped with cameras that will monitor everything. “It will be the largest police operation ever undertaken in the city’s history,” said an official on security issues in Rio de Janeiro.

Police will be on the lookout and monitor tourist areas, hotels, metro and bus stations, especially favelas, considered the most dangerous in the city. On July 24, the day the most important festival of the Catholic Church Pope will travel to Notre Dame Aparecida in Sao Paulo, where he will be guarded by 4,000 soldiers. Pope’s visit to Brazil, which concentrated more than 123 million Catholics, comes at a time when government is facing major social protests. Hundreds of thousands of Brazilians took to the streets recently to protest against corruption, the poor quality of public services and inequalities between the poor and the rich.

Pope will attend next week at World Youth Day manifestations, Catholic celebration organized every two years. During July 22 to 28, he will meet with top Brazilian administration officials, including President Dilma Rousseff but would visit poor communities and for young rehabilitate. 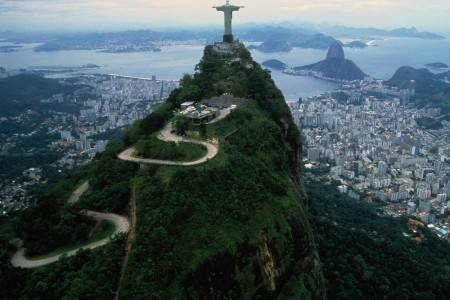 Wednesday, the Pope will travel by helicopter to the Sanctuary of Our Lady of Aparecida, where he will venerate the Virgin Mary. This is the largest church in the world dedicated to Our Lady, patroness of Brazil, which can accommodate up to 70,000 faithful. Pope insisted on going to Aparecida. A day later, the mayor of Rio de Janeiro will hand the keys to the city, and in the afternoon the Pope will visit a slum in the north of the village. Towards evening the Copacabana Beach will hold a ceremony in honor of the Pope. Friday will be the traditional “lunch with young people from all continents” in the archbishop’s palace. The same day, at the seaside, the young and the pope will attend the Way of the Cross.

Saturday, July 27th, the Pope will preside at Holy Mass with Francis bishops and diocesan clergy with whom then have lunch. Evening, Francis will reach Fidei Guaratiba Campus, where two million pilgrims are expected to prayer vigil with young people. This will be repeated the next day, the Pope will celebrate the closing Mass, after which the pontifical procession consisting of 40 people, will go to the international airport of Rio de Janeiro.

Awaiting for the Pope, the Catholic Church, in secret, cut over 300 trees in a national park to make way for the pilgrims. Sand sculptures on Copacabana beach representing naked women will be “dressed” during the Pope’s visit in Rio de Janeiro Francis, the daily “The Telegraph”. “My job is to carve Women in the sand, but out of respect for the Pope and the place it will bless, I changed attire,” explained Ubiratan dos Santos. For World Youth Day was made a special sculpture: a statue of sand representing Pope. Next to him was made and a sculpture representing a woman sunbathing but instead bikini, it wears a skirt.