Former Italian premier Silvio Berlusconi, was sentenced to four years in prison in the case Mediaset and will seek clemency President Giorgio Napolitano, his close arguing that only so it can “restore democracy” in Italy, writes Corriere della Sera. 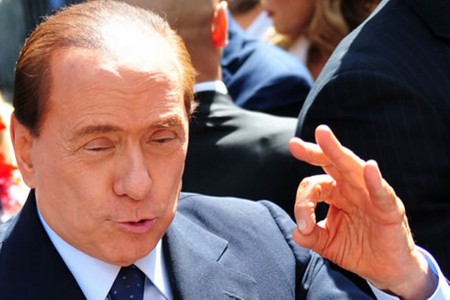 PdL group leaders of the Senate and Chamber of Deputies, Renato Schifani and Renato Brunetta, announced that will address President Giorgio Napolitano a request for clemency of Berlusconi, “to restore democracy in Italy”. The request will be submitted on Monday when President returns from vacation, informs “Corriere della Sera”. “We will act swiftly to give back, according to the Constitution, freedom and democracy that were affected by this decision,” said Schifani, the leader of the People of Freedom Party (PdL) of the Italian Senate. “If requesting of clemency will not get an answer affirmative we all know what to do: to defend democracy in Italy” said, in turn Renato Brunetta, the leader of the PdL deputy. Ministers and parliamentarians belonging to the party of Silvio Berlusconi warns that they are ready to resign in protest against the final conviction of former prime minister requesting justice reform, threatening anticipated elections.

“This is a sentence without foundation. Towards me just threw with mud,” Berlusconi said Friday afternoon, according to Corriere della Sera.

Berlusconi, President of the People of Freedom Party (PdL, center-right) held a meeting with colleagues parliamentary demanding justice reform to avoid conviction like one that concerns him. “Otherwise, we will ask for early elections and we will win. We can not evade the obligation of justice reform,” Berlusconi warned that, by law, will not be allowed to candidate for six years after a final sentence. Berlusconi’s conviction would entail a political crisis in the context of the government led by Enrico Letta is supported both by the Democratic Party (leftist) and the party of Berlusconi, PdL. PdL group leaders of the Senate and Chamber of Deputies, Renato Schifani and Renato Brunetta, have warned that they will go to the president to submit resignations of all members party government officials or other functions in Parliament. In turn, the Secretary General of the PdL, Angelino Alfano, who is also the Minister of the Interior in the government of right-left union led by Enrico Letta, said after the meeting with other members of the party: “We are ready to resign to defend our ideals.” 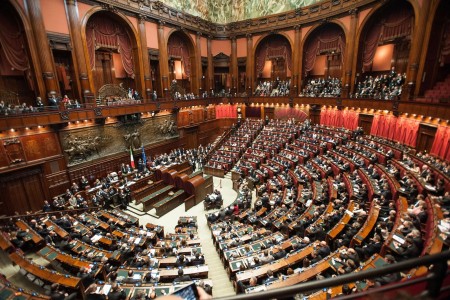 Milan prosecutor issued the order for penalty service Friday by Silvio Berlusconi, who must atone a year in prison in Mediaset case, but probably will be placed to house arrest or undertake community service work after a complicated procedure. According to Corriere della Sera, the Milan prosecutor’s office issued the order to implement the sentence of the Court of Cassation confirmed Thursday. Silvio Berlusconi, 76, was sentenced at first instance and on appeal to four years in prison for tax fraud, with a five-year interdiction on holding public offices. Punishment of prison sentence was upheld by the Supreme Court, which decided retrial in the Court of Appeal of Milano of additional penalty, the prohibition of public functions. Regarding the sentence of imprisonment, three of the four years receive an amnesty, so that Berlusconi would have only made ​​one year in prison. But former Italian prime minister could be placed to house arrest and could perform community service work.

Lawyers former Italian premier will have 30 days to establish alternative measures of imprisonment. In practice, defense lawyers option will be announced by September 16, as it will be a holiday period. Lawyers will have to propose house arrest or community service work. Friday, prosecutor’s office sent the Senate mandate the implementation of the sentence in accordance with law to fight corruption, which provides that when a final conviction, dismissal is validated by Parliamentary chamber to which it belongs convicted person. Immunity of the Senate Committee will meet next week to take a decision in the case of Berlusconi. Subsequently, secret vote will be held in the Senate. The case concerns the acquisition by the Trust Mediaset broadcast rights around 3,000 films produced by companies like Paramount and Fox. Trust Mediaset, owned by Silvio Berlusconi family, was found guilty of broadcasting rights purchased, between 1995 – 1998 at intentionally higher prices, through offshore companies, for the purpose of committing fraud.