Moscow is using all the tricks to strengthen ties with former Soviet republics, which wants to include in the Eurasian Union, conceived as a counterpart of the European Union. 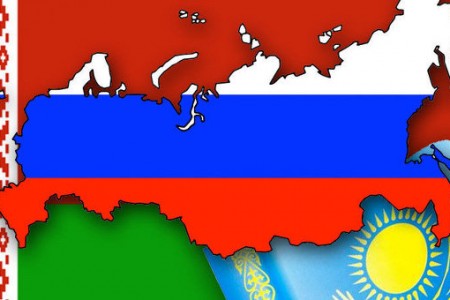 Tuesday evening the Kremlin has messed Brussels plans, announcing entry of Armenia into the Customs Union, led by Russia, in which it operates the time being, two former Soviet countries: Belarus and Kazakhstan. “Armenia has decided to join the Customs Union and take the necessary steps to participate in the formation of the Eurasian Economic Union,” reads the release. Before returning to Yerevan, Armenian President confirmed the information, but said he wants to maintain good relations with the EU. For Brussels, was a big surprise, considering that Armenia would initialed on November summit in Vilnius an association agreement with the Community block. From a legal perspective, a member state of the Customs Union can not have free trade and association agreement with the EU.

Choice made ​​under pressure. Also Tuesday night, from Kremlin, we found out which it’s “the gift” to welcome in the Union to Yerevan. Putin announced that Russian railway company RZD will invest around 340 million euros in the railway network in Armenia, and electro-nuclear company Rosatom will work with Armenian experts to make based the only atomic power of the little country. However, Yerevan, in the context of conflict with Azerbaijan on the topic Nagorno-Karabakh, Moscow needs, the only that can guarantee security.

European diplomats have received the news of Putin’s Union enlargement with some bitterness. “We know that on Armenians are incredible pressure from Russia because of the dispute with Azerbaijan and Nagorno-Karabakh. Armenia was blackmailed to take such a decision, “said the chairman of the Parliament’s ForeYeign Affairs Committee, Elmar Brok.

Remediation of “bad”. In 2005, Putin qualify as the 1991 dissolution of the Soviet Union “the greatest geopolitical catastrophe of the twentieth century”, an evil which is now trying to remedy it bringing all the former republics under one umbrella, the Customs Union. Three countries have already joined Putin’s dream, but the list is many other countries, such as Ukraine and Moldova, who felt the hard pressure from Moscow. The future, according to the Kremlin leader is called the Eurasian Union, a political construction whose base will be 2015. 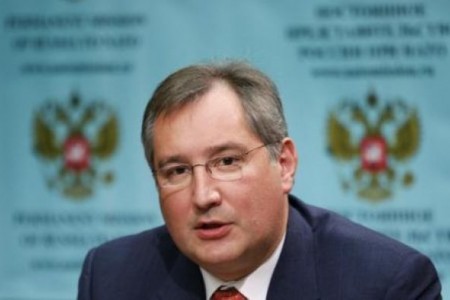 Rogozin: “I hope you will not freeze in winter!” Few days ago, Russian Deputy Prime Minister Dmitry Rogozin visited Chisinau, where he launched a few threats not subtle at all, putting on guard Moldovan leaders who want to takes the path of West. “Energy is important, especially as winter comes. I hope you will not freeze.” Rogozin transmitted them cynical, suggesting that Moscow will close the gas valve if Chisinau will sign agreement with the EU summit in Vilnius. Also Rogozin sketched how it will be penalized at all subtle Moldova: embargoes, loss of Transnistria and restrictions for immigrants. At the moment, Chisinau is threatened by restrictions of Rospotrebnadzor, Russian sanitary service, for wines, a precedent already exists in 2006. Estimated losses for Moldova, following the embargo imposed seven years ago, were estimated at 200-300 million dollars.

Putin warns of again pro-European Kiev Russian Federation imposed lately, many embargoes which have seriously affected the economy of countries such as Ukraine, Poland, Moldova and Georgia. For example, in June 2011, the Russian health authority has imposed prohibitions of vegetables from the EU, which has hit a $ 5.8 billion business. With the embargoes is threatened and Kiev, which seems to escape the East, while Moscow is trying to tighten the noose. Viktor Yanukovych, the leader of Kiev continues to defy Putin, making pressure on Parliament to enact laws that support the efforts of the pro-European country. In the latest interview, Putin said that the signing of an Association Agreement EU – Ukraine would cause problems between Kiev and Moscow. “Will appear on their market foreign products, what to do with theirs? We are concerned that they will go in our market (note – the Customs Union), and that would create problems for our economy, “said the leader of the Kremlin.