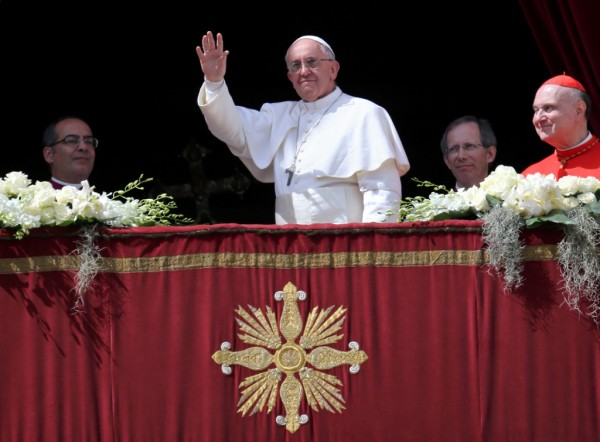 Over one billion Catholics around the world marked the resurrection of Jesus Christ. At the Vatican thousands of believers attended the speach officiated by the Pope in St. Peter’s Basilica, and some have chosen the first day of Easter to be the day they were baptized.

Francis Pope has urged believers, in the message “Urbi et Orbi” sent of Easter to receive the grace of the Resurrection of Christ, to make “hate to love, war to peace” and to protect with responsibility the planet, God’s creation.

“Here is the invitation we ask everyone: to receive the grace of the Resurrection of Christ and ask the risen Christ to transform death into life, hatred in love, revenge in forgiveness, war in peace,” said Francis Pope in his message “Urbi et Orbi “(sent to Rome and the world) uttered in 65 languages in front of 250,000 believers gathered at the Vatican for Easter Liturgy.

“Dear believers brothers and sisters around the world, I wish you Happy Easter! Christ is risen!” Supreme Pontiff continued.

“Easter is the exodus, human passage from bondage to sin, from evil, freedom love, to better. Now people have to go through this exodus must cross this desert! This concerns in particular about desert that is inside people when the missing love of God and neighbor, when is missing consciousness that  we are administrators of what God has created, “said Francis Pope.

Francis Pope gave a simple preach about women who found the empty tomb of Christ and asked the believers not to fear “God surprises’ do not lose confidence when life puts them to the test. 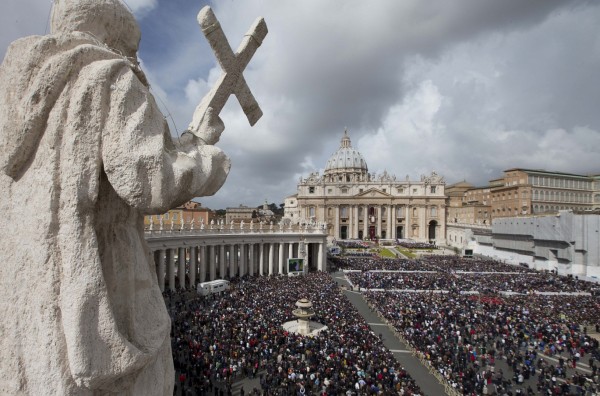 “Let Jesus to come into your life, get him as a friend, with trust: He is life! If until now have kept him away, take a step towards him. will get you with open arms. If have been indifferent, you risk: you will not be disappointed. If you find it difficult to follow, do not be afraid, trust in Him and believe that it is with you. He is with you and give you peace you are looking for and power to live as He would like to live, ” said Francis Pope, who managed to surprise again the clergy and the believers, appearing in the white vestments, simple, and reading up preach as any priest, not on the papal throne.

“I pray for peace throughout the world, a world still divided into those who seek easy gains, selfishness wounded world that threatens human life and family, the selfishness that manifests itself in human trafficking and reducing people in slavery. A world affected by the violence caused by groups involved in trafficking drugs and irrational exploitation of natural resources. People have the responsibility to protect God’s creation. Peace on Earth where we live! The risen Christ to relieve the suffering of natural disasters victims and make us responsible for his creation, “concluded the Pope Francis.