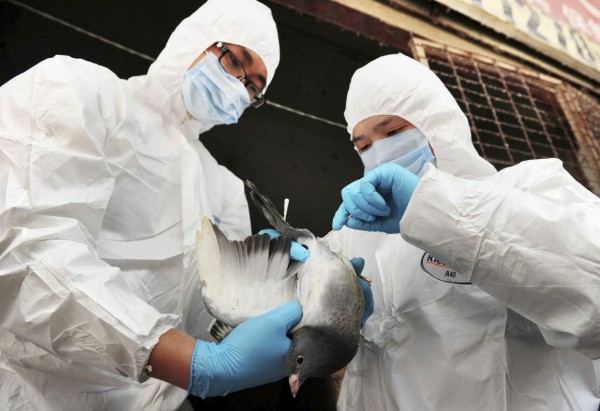 In China, 13 people died and over 20 are seriously ill as a result the latest epidemic of avian influenza H7N9. In total 60 people were infected, and experts are afraid the death toll could be much higher, because the virus already has three of the five mutations which scientists know that they allowed another avian influenza H5N1 to spread between mammals.

Nobody knows for sure if the five mutations discovered last year by Ron Fouchier and colleagues at Erasmus Medical Center in Rotterdam, the Netherlands, will do the same in the case of H7N9. However, experts know that these mutations have helped three other families of influenza virus to become pandemic. At this time, the Chinese authorities announced that they had studied people who have been infected so far and there is no evidence to suggest that the infection has spread from human to human.

H7N9 could be unusually severe this flu contains a mutation which is believed that promotes deep infection of the lungs, existing mutation in the H5N1 flu in 1918, and in severe cases of pandemic of 2009, which affected 20% of the planet. However, two cases of H7N9 presented minor symptoms, so that the Chinese authorities are trying to find out how this flu often causes serious illness, in order to estimate the number of minor cases that were not reported to authorities. This would allow estimation of the total number of human cases.

Although H5N1 has spread among birds in recent years, this flu has not evolved the ability to spread easily between mammals. Fouchier’s research – which became the target of criticism after fears that the studies will allow bioterrorist cause a pandemic – have shown that, in principle, this flu can spread between mammals, without loss of virulence.

H7N9 virus presents another mutation that Fouchier introduced a deliberately experiment with H5N1 in ferrets – a modification of gene that encodes polymerase protein. Polymerase enzyme which the virus reproduces, it is extremely strong avian flu, which is one of the reasons why this virus is so virulent in mammals. This mutation allows the virus to operate at temperatures mammals. The mutation was present in all pandemic viruses.

Also, H7N9  presents another mutation present in Fouchier’s study, one that emerged as virus infected ferrets. This mutation removes a sugar group of HA.

Therefore, there is need of only two mutations, both HA before H7N9 virus containing all five mutations of Fouchier’s study.