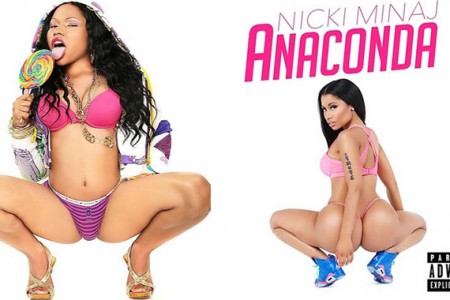 Music video for “Anaconda”, the American rap singer Nicki Minaj, became the video, who collected the most views in the first 24 hours of the launch on Vevo platform, the leading provider of YouTube content, write Hollywood Reporter.

Explicit video of rap singer Nicki Minaj continues to enjoy a resounding success, now with over 61 million views. The artist admitted she was drunk when she gave rapper Drake a lap dance, the scene was included in “Anaconda” video. Moreover, the singer made ​​it clear that Rihanna’s ex-boyfriend was “very happy” after that excitant dance.

Nicki Minaj, aged 31, has released his debut album, “Pink Friday”, the 2010 album that took first place in the Billboard 200.

Dubbed the “Queen of Hip-Hop” by “Rolling Stone” and “the most influential rap singer of all time” by “The New York Times”, Minaj released a new album, “Pink Friday: Roman Reloaded” in 2012, and will launch their third studio album, “The Pink Print” this year.