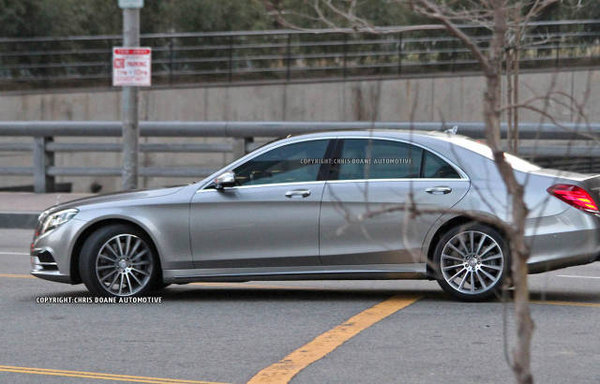 Judging by the data available to conclude that the new Mercedes S Class will be more technological than its predecessor. Thus the model will have a new traffic monitoring system. More than that, the Germans are planning to give up the classic signs board and adopt exclusively electronic sign.

Mercedes will attack in force luxury saloon segment with an innovative product designed to redefine high class standards. No other name has a resonance stronger than S-Class car that is ready to move to a new generation. It will happen this year in one of the most important auto shows in the world.

Launched in late 2005, the current model is fast approaching the end of a prodigious career. His replacement, known as W222, will make dramatic changes on aesthetic level and of course aerodynamic.

From an aesthetic point of view, the future S-Class will borrow to the front side some style elements from the E-Class Facelift.

The allure will become athletic will be associated with fluid surfaces of the side and a more aggressive front section. The brackets will be small as the height sedan that will offer the next generation increased wheelbase.

The new S-Class will benefit from a range of diesel and petrol engines by 15-20% more economical than today, the units are designed to meet the stringent standards of the European and North American market. Keeping their hybrid versions, as well as high performance variant S 63 AMG, which will use a turbocharged direct injection engine.

New technologies will outline image of the most advanced car in the history of the Mercedes. Limousine will include technologies including the first system that prevents the car from entering the opposite direction as a result of carelessness on the road.

The dashboard keeps flowing lines, but comes with a new horizontal architecture, which emphasizes the impression of sobriety with LED ambient lighting. Mercedes describes it as a fusion of aluminum from the button with noble wood from the contact surfaces.

Everything harmonizes completely new multimedia system, now in its fifth generation, who wrote 30 million lines of code. System has an Intel Atom, now used by computers, but also a perfect integration of a Google-assisted navigation. All controls are placed throughout the center console between driver and passenger.

Instrument panel is taken place two screens, with a size of 12.3 inches. The first provides information required for running, while the second deals with multimedia system. Not missing any touchscreens for rear seat passengers. Screens operating system will be compatible only with iOS from Apple. Then will be taken into consideration equipments using Android or Blackberry.

S-Class range will include five models, in which an new coupe that will replace the current Mercedes CL in 2014.

Of course there will be a hybrid version of the new Mercedes S Class, it will be composed of a classic 3.2 engine and a electric batteries. Such a car will have a combined consumption of only 3.22 l gasoline per 100 km and acceleration to the first 100 km / h will take around 5.5 seconds. 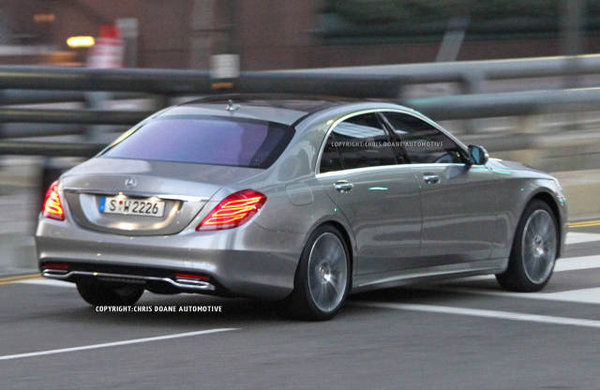