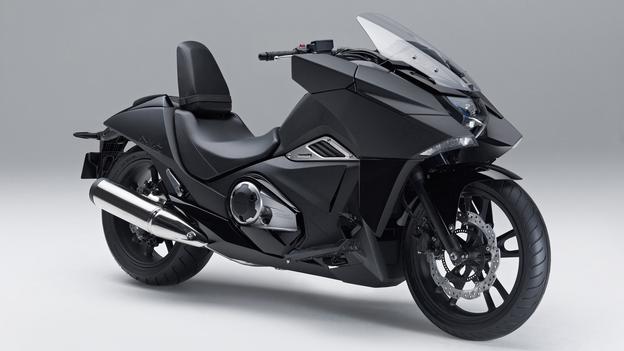 Honda manufacturer  introduced in Japan a new cruiser model, which according to Japanese is characterized by the words neo-futuristic and pursuing new, unique styling. Called NM4 Vultus new Honda motorcycle seems more like a concept but actually it is a model that will appear on the market. NM4 Vultus is presented as a concept, but the Japanese say that we will soon see on the road. The first information seems a better CTX 700 made​​, which will cost more and will have automatic gearbox. We do not know if it will be so, but it’s clear that it wants a motorcycle innovative but practical.

Honda NM4 Vultus is powered by the same engine with two cylinders in V, with a capacity of 745 cc, which equips and models in the range NC750. It has an output of 54 hp and a maximum torque of 67 Nm. “Honda is a great company that offers its customers any type of motorcycle.

The engine is a 750 cc biciclindru, which we already find on the series NC 750, derived from years past propeller mounted on NC 700 and CTX. It has 54 horsepower, consume less, has lower torque, but is capped too fast for motorcyclists standards. Ample fairings not only serves to give Honda an interesting look, but offers storage space of 4 liters. Lights are on  LED and the dashboard changes in 25 colors. Honda NM4 Vultus will have a version with side bags included.

It’s amazing that sometimes build a motorcycle just because we want it, not because we have to. NM4 Vultus exist because of our passion for motorcycles. We wanted to do something special, “said Keita Mikura, project leader NM4 Vultus model. The new Honda cruiser comes as standard with the Honda Dual Clutch Transmission. Not yet known what markets or when will be available new Honda motorcycle. NM4 Vultus will have two colors, black or white.