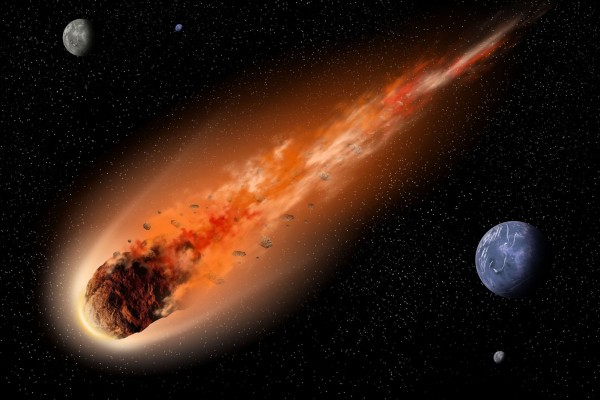 NASA has launched an appeal to raise the general scientific community, industry, spatial and amateur astronomers, asking them to contribute to the detection of all asteroids that are a potential threat to the Earth and to develop ways to protect our planet.

This initiative is included in the “Grand Challenge” released by White House, a number of important national and international objectives that require innovation and scientific and technological discoveries. The “Grand Challenge” is based on a variety of multidisciplinary collaborations and partnerships between NASA and other U.S. and international government agencies, industries, universities and amateur astronomers.

It complements the recently announced NASA mission aimed at launching an unmanned space vehicle that will capture an asteroid and it will “trailer” to place in orbit around the Moon to be studied and then the astronauts. “NASA already is working to find asteroids that might be a threat to our planet, and while we have found 95 percent of the large asteroids near the Earth’s orbit, we need to find all those that might be a threat to Earth,” said NASA Deputy Administrator Lori Garver. “

“This Grand Challenge is focused on detecting and characterizing asteroids and learning how to deal with potential threats. We will also harness public engagement, open innovation and citizen science to help solve this global problem.” she added. Residues of solar system formation process, many asteroids of different sizes, move in space near Earth.

NASA has already found 95% of the total number of large asteroids with a diameter of more than 1 kilometer. Such an asteroid would have caused the extinction of dinosaurs ago 65 million years after it crashed on Earth. Scientists say that a collision with an asteroid is very rare such as none of the large asteroids detected do not present a risk of collision in the near future.

If large asteroids are easy to spot, the situation is completely different to other smaller, which are far more numerous. Congress asked NASA in 2005 to find all asteroids with diameters of over 140 meters, which have the potential to destroy a large city. According to NASA, there are probably 25,000 asteroids with diameters of at least 100 meters on orbits close to our planet. Only 25% of them were detected. This “hunting” of asteroids has become more urgent after February 15, the date on which such celestial body passed a short distance from Earth, and fragments of another asteroid, then detected and which have a diameter of 15 meters, collapsed in Russia.

Disintegrating, the latter caused a shock wave that led to breaking several windows, injuring several hundred people. NASA tries so in the context of a budget shortage, develop other systems able to detect asteroids are small. NASA is funding a project at the University of Hawaii, called Atlas (Asteroid Terrestrial-Impact Alert System), which will scan the sky every night to detect asteroids with diameters of at least 45 meters, a week before impacting the Earth.

For asteroids with diameters of 150 meters, system could become operational in 2015, will provide an alert three weeks before impact. Old researchers at NASA launched in 2012 B612 Foundation, aimed at financing, construction and launch of the first private space telescope that will be designed to monitor asteroids and “to protect humanity” being able to find most of these cosmic objects still remained invisible.