The greatest Formula 1 pilot in the world, Michael Schumacher is still in critical condition after an accident that took place on Sunday morning at ski in the French Alps. The news was made ​​public by the representatives of the Hospital University from Grenoble on Sunday evening, hospital in which is cared the pilot. 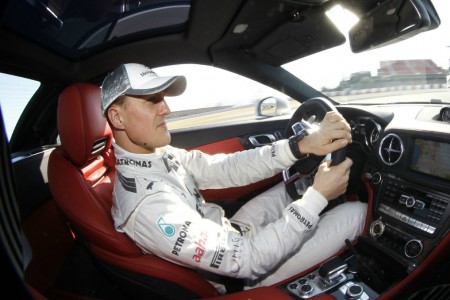 From what the representatives are saying, Michael Schumacher suffered a serious head injury and was in coma on his arrival at hospital. This sore required for emergency a neurosurgical intervention.

The accident took place on a piste in Meribel resort, situated in East of the country. Michael Schumacher hit his head on a rock and suffered a head traumatist but fortunately he was wearing a helmet. Eight minutes later, he was picked up by a helicopter and taken to a nearby hospital. Director resort where the accident occurred told to the media from Hexagon that the athlete was conscious when he was put in the helicopter.

French media noted that at Grenoble arrived the doctor Gérard Saillant, neurologist from Paris and close friend of former pilot, in the clinic being also Schumacher’s wife Corinna and his children Gina Maria and Mick.

German champion in Formula 1  won in his career 91 Grand Prix in 307 participations and he permanently retired in December last year. In three seasons with the Mercedes team, he managed only one podium. Lotus has proposed to compete in the last two rounds in 2012, but Michael Schumacher refused the offer.