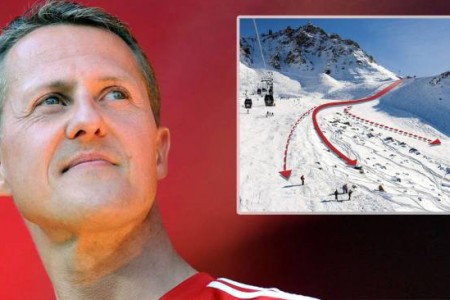 Michael Schumacher has lost 25% of body weight in 83 days from when he is in induced coma and now weighs only 54 kilograms, writes the Daily Mail (journalists Gazetta dello Sport claim that Germany reached 55 kilograms). Although the German F1 driver, aged 45, has muscles massaged daily, this can prevent muscle atrophy Dr. Andreas Ziegler, a neurologist at the hospital in Oldenburg, spoke Thursday with German press journalists informing them that Schumacher wounds he suffered led to its entry into “pseudo-coma,” reports the German newspaper “Bild”.

“One possible explanation for the lengthy recovery phase can be a severe injury to the brain frontal lobe. This leads to pseudo-coma. Schumacher realizes what is happening around him, but can not react in any way, “said Zieger to German press. The doctor said that Schumacher “can remain for several years in a vegetative state ‘if it will be able to wake up. Professor Gereon Fink, expert neurologist in Cologne, argues that “the health of Michael Schumacher is apparently worse than hoped. He also stressed that “depending on where the bleeding occurred may lead to unilateral paralysis, speech disorders and personality changes.”

In a press release issued a few days ago, the family of Michael Schumacher expressed the hope that the former F1 pilot will manage to overcome this situation and will be able to return to the family. “There are sometimes small encouraging signs. But we are aware that we must have patience, “said his spokesman, Sabine Kehm.

Michael Schumacher hit his head on a rock and suffered a head traumatist but fortunately he was wearing a helmet. Eight minutes later, he was picked up by a helicopter and taken to a nearby hospital >>> read more

Michael Schumacher could stay all his life in a persistent vegetative state after skiing accident.