The state of Michael Schumacher remains critical , according to hospital doctors in Grenoble, while they started the process of removing the induced coma. Family and friends try to help as much as they can for the procedure to be successful, but there is a risk that former Formula 1 driver getting sick with pneumonia . 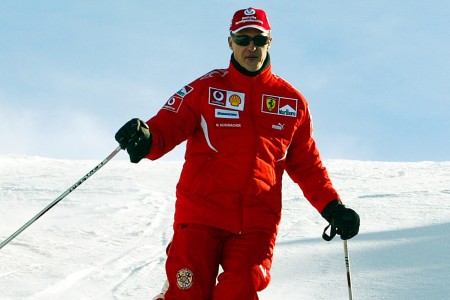 After waking up, the patient needs a few months or even years to get used to the reality around them. “Young people and athletes as Schumacher have better chances to recover from the coma,” said Munther Sabarini. Until then, family and friends of former Formula 1 driver is trying to help as much as they can so that removal process of induced coma to be a success.

“Known voices have a calming effect for the patient,” said Dr. Heinz Peter Moecke Asklepios from the clinic in Hamburg.

Although sedative dose was gradually reduced in the last week, Schumacher shows no signs of waking from coma. “Unless reflex spasms, Schumacher has not responded to the tests made by physicians”, writes the German press.

Andrea Pingel, director of the Neuro-Spinal Surgery Trauma of BG Hospital, in Frankfurt argues that in the case of Schumacher chances are more than 50% that he will catch pneumonia. “Around 30-50% of patients who have spent so many time in coma , risks to catch pneumonia,” said Pingel.

Michael  Schumacher’s wife Corinna, was with Michael every day since the terrible accident happened five weeks ago. Initially stayed at a hotel near the hospital in Grenobleand and now browse 175 miles daily from their home in Switzerland to the hospital.

Michael Schumacher could stay all his life in a persistent vegetative state after skiing accident. That means that former F1 champion will not have conscious mental activity, due to damage of the cerebral hemispheres. The news comes from the director of the emergency department of the hospital in Hamburg.