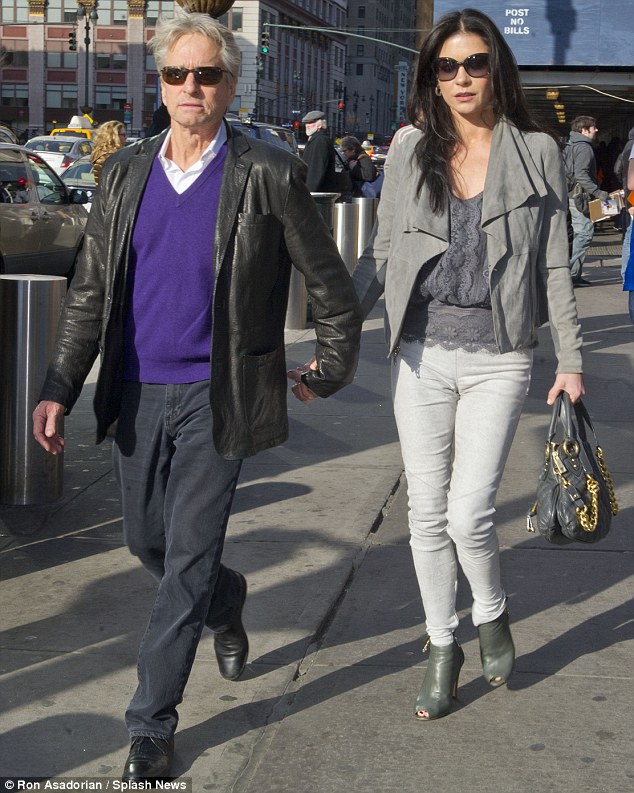 The news of 300 million dollars divorce shocked the world! Who would have thought that Michael Douglas (68 years old) and Catherine Zeta-Jones (43 years old) will they ever holding hands after the heavy words and they told? And yet, behold the miracle has occurred! They were photographed six days ago in Greenwich, Connecticut (USA). Holding hands like teenagers in love. They behaved as if there was never any scandal between them.

The two actors they came to break because of unbearable strife caused by her bipolar disorder, which is manifested by anger. The decision to divorce occurred more than three months ago when Michael said she got cancer from oral sex with Catherine. Married on November 18, 2000, they have two children, Dylan (13 years) and Carys (10 years), for the sake of which recently have reconciled. Both are particularly concerned by the boy who is autistic and needs special care. Only in the silence of a home where the parents get along, Dylan has a chance to grow without having major problems later in life.