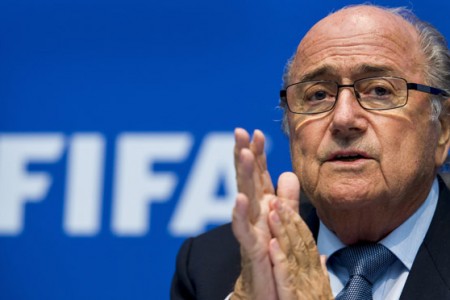 For the second time since he was elected president of FIFA in 1998, the 77 years old Swiss visited the country in the sport-king is a second religion. This time, dared to raise a rather sensitive issue. Abu Dhabi will host on Friday, the final two World Cup Under 17. Sweden and Argentina will fight for 3rd place, while Mexico and Nigeria for supremacy. Both matches will be pursued in the stands by Sepp Blatter. Until to arrive in Emirates, FIFA president made ​​a working visit to Iran, the fourth country that has qualified for the World Cup in 2014. Sepp Blatter landed in Tehran on Wednesday at around 5 am and will go to the Emirates on Thursday at noon.

After being greeted at the aircraft scale by Iranian football legends such as Ali Daei, the best scorer in the history of football, Blatter visited several academies and discussed with the Iranian Football Federation President Ali Kaffashian. The most important meeting he had with Hassan Rouhani, however, Iranian President, yet managed to improve the country’s image internationally. Noticing opened government in Tehran lately Blatter dared to raise a sensitive issue at a meeting he had with Rouhani. What he said? “FIFA follows closely women’s football development in Islamic countries. Football is for everyone, including women. I wish for them to enjoy greater freedom in Iran, “Blatter said, referring to that after the 1979 Islamic Revolution, women’s access to stadiums was banned. This rule has been broken twice. The first time happened in 1997 after Iran’s dramatic World Cup qualification in 1998. At that time fair sex representatives could occupy a particular sector of the stadium “Azadi” to meet members of the national team after their return from Australia. 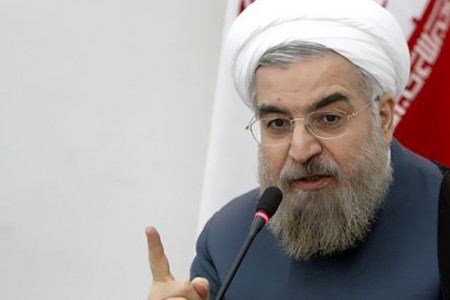 The second episode occurred in 2005 when 100 women formed a barrier in front of the car alive President then, Mohammad Khatami, who was trying to go to match Iran – Bahrain, decisive for qualification to 2006 World Cup. Seeing that women are not given away, Khatami ordered them to be left in the arena, inviting them to watch the match, that sent Iran in World Cup 2006.