The mystery continues in the case of Boeing 777, of the Malaysia Airlines company, disappeared on the radar Saturday: rescue teams failed to find any trace of the crash, and relatives say that the passengers phones are still open.

Another controversy about the possibility of a terrorist attack, was dismantled Tuesday by representatives of Interpol. Interpol exclude the possibility of committing a terrorist attack in the case of aviation incident on Saturday, saying that the two passengers of  flight MH370 holding false passports are not at the origin of the disappearance of the aircraft. Iranians do not need a visa to go to Malaysia as tourists, which makes of this Asian country, a favored crossing point for those fleeing from the Islamic Republic. 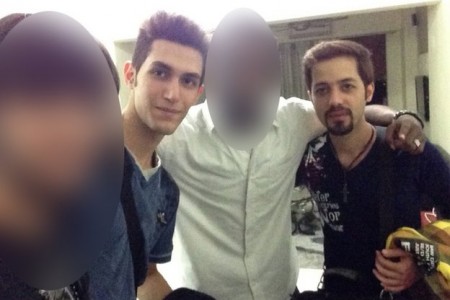 One of the two passengers who had boarded with false passports for the Malaysian Airlines flight MH370 was planning to go to Sweden to seek asylum, Swedish police said on Tuesday, cited by AFP. Iranian, aged 29, is called Delavar Seyed Mohammad Reza, according to Swedish newspaper Aftonbladet, but traveling with a fake Italian passport in the name of Luigi Maraldi. According to a police spokesman in Gothenburg (south-west), he left Kuala Lumpur and planning to go to Malmö through Beijing, Amsterdam and Copenhagen.

A distant relative who was waiting at the airport informed Swedish police the young was on board that was lost from radar Saturday. The other passenger traveling with a false passport is called Puria Nur Mohammadi, aged 19 years, according to Aftonbladet. He intended to go to Germany using Austrian documents.

Passengers’ phones continue to ring. Passengers families of flight MH370, disappeared while was traveling Kuala Lumpur – Beijing, argue that the persons phones from Malaysia Airlines plane are still open, although it has been more than four days after the incident.

Passengers relatives have disclosed investigators that many of the passengers were open and mobile phones could be called, but were not answered. Malaysia Airlines representatives, have also tried to contact the crew unsuccessfully. People were encouraged to call loved ones, after Sunday, the family of a Malay passenger phoned in live during a TV show, but received no response. The news circulated quickly and restored hope among families of passengers who are affected by the inability of the authorities to find an explanation for the disappearance of the aircraft. Information conveyed by the Chinese media raises new questions about the disappearance of the aircraft with 239 people on board, since rescue operations involving over 40 ships from several countries have found no indication of crash.

Strangely, some social networks shows that some passengers are still “online”,  connected to virtual platforms. A man whose brother was in flight MH370 said that the latter has remained connected to the Chinese social network QQ. However, all relatives failed to contact the passengers. The calls went unanswered or were not received text messages. 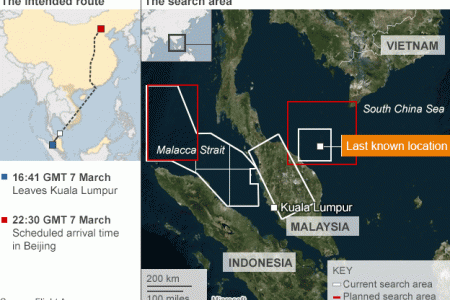 Malaysians go on a new track. Malaysian army believes has discovered on radar the plane of the Malaysia Airlines company disappeared in the Straits of Malacca, far from where the aircraft had last radio contact while was above the South China Sea. Malacca Strait, one of the busiest shipping routes in the world, lies along the west coast of Malaysia. The airline company said Saturday that the plane on which there were 227 passengers and 12 crew members had last radio contact in the east coast of Malaysia, at Kota Bharu. “The plane had changed course after Kota Bharu and flew at low altitude. The plane arrived in Malacca Strait, “said an army official, asked about ongoing investigations.