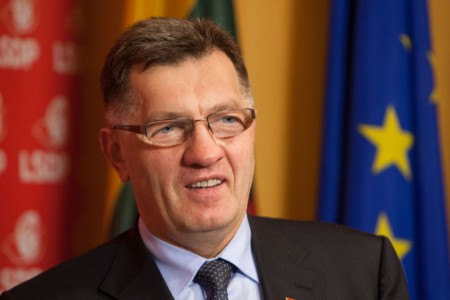 Lithuania should change the shale gas law after the U.S. group Chevron has decided to abandon plans to conduct exploration works, said Prime Minister Algirdas Butkevicius, Bloomberg. The prime minister said quoted by Agerpress new procedures for granting environmental authorizations and plans for higher taxes for shale hydrocarbons are the reasons behind the U.S. company decision to withdraw offer for unconventional hydrocarbon exploration in a perimeter of 1800 square kilometers in western Lithuania.

“It deserve to take a new look at these laws in order to prepare and announcement of a new tender procedure,” said Algirdas Butkevicius in a radio interview for Laisvoji Banga. “I can not say how long will take this process,” said Butkevicius.

Small Baltic country wants to develop shale gas resources as an alternative to energy imports from Russia. However, some local communities are opposed to shale gas extraction arguing that technology is not safe for the environment. In January this year, Chevron submitted the only offer for the perimeter of 1800 square kilometers in western Lithuania and the Lithuanian government last month gave the American company the right to perform mining works in the area. Tuesday, however, Chevron announced that it has decided to quit the project.
According to Prime Minister Algirdas Butkevicus, the U.S. group was concerned about the proposals in Parliament aiming to higher taxes on shale hydrocarbons production, by 40%, adding that would help reduce taxes up to 15% if this would help attract investment.

“Lithuania unfounded fears have cost several million euros of investment and new jobs, and the opportunity to achieve energy independence. Hope that in the future we will take better decisions,” said Environment Minister in turn, Valentinas Mazuronis. Hydraulic fracturing is the only technique currently available to extract shale gas. According to environmental activists, this technique consists of injecting into rocks at high pressure, large amounts of water with sand and additives to release gas can pollute groundwater, weaken soil and even favor earthquakes. 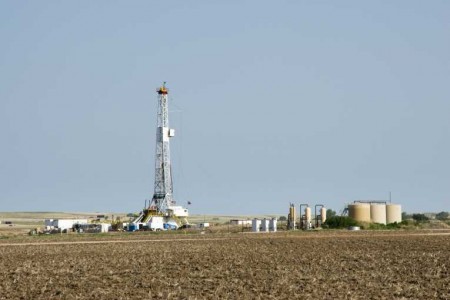 The European Parliament adopted a series of amendments days ago to existing European legislation, which require that the operation and extraction for unconventional hydrocarbons by hydraulic fracturing, be the subject of environmental impact studies, according to a statement issued by the European legislature. European Parliament colleagues want the impact assessments under the current European legislation relate only to natural gas projects that extract at least 500,000 cubic meters per day, to be mandatory in the case of shale gas drilling, regardless of the amount of unconventional hydrocarbons extracted: shale oil and gas, coal gas, be it exploration or extraction projects to the stage where hydraulic fracturing is applied.

According Agerpres deputies suggested measures against conflicts of interest and to ensure the public information and consultation, as the Aarhus Convention. The proposal includes measures to tackle conflicts of interest between contractors and people doing impact studies. Amendments require experts to have technical competence and shall be independent in relation to both the contractor as well as with the relevant authorities. “We review the key legislation to align with the new priorities of Europe, for example, soil, use of resources, biodiversity respect. Hydraulic fracturing give rise to concern.

We provided clear criteria to avoid conflicts of interest and for the public to be involved “, said rapporteur Andrea Zanoni, who won negotiating mandate in the first reading of a text.
Directive on environmental impact assessments (EIA) apply to both public projects and private ones, establishing some criteria, including information to be provided to national authorities on a project that should be evaluated for approval. Legislation concerns a wide range of projects, from bridges to intensive pig farms. 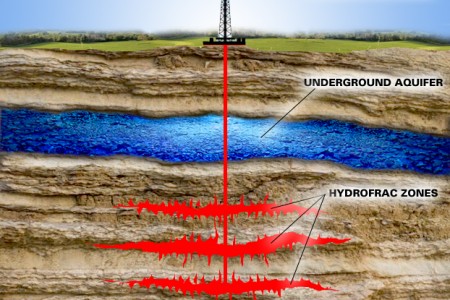 Shale gas are exploited through hydraulic fracturing, with probes that drilling deep, first vertically, then horizontally, leading to changes in the Earth’s crust, according to some studies.

Researchers have shown that fracture is similar to an earthquake given that it is necessary rock to be broken so gas can be released. As such, the emergence of micro-earthquakes, said the researchers, is an effect that accompanies shale gas. According to studies, because shale gas reserves to be brought to the surface a liquid fractionation is used in large quantities. Some researchers have reported that a single well where is drilled for shale gas are used between 10 and 40 million liters of water.

Finally, after the gas is taken out to the surface, with it, coming out millions of gallons of toxic fluid, also it is shown on the shale gas studies. Given that high-volume hydraulic fracturing is a fairly new method and lacking in proper regulation in the United States, for a long time, residual fluid was diluted with water and thrown into rivers, according to international media sources. After environmental organizations have noticed, companies have found another solution, much of the liquid being sprayed into the air, generating a wave of toxic and acid rain.