City where two continents meet, Europe and Asia, two different lifestyles: West and East, a city full of history is accessible to tourists. A roundtrip ticket costs about 100 euros (depends on which country you go on a trip), and if you make reservations now for February 2014, a city break is about 189 euros for three nights’ accommodation and transport by plane. The old capital of the Ottoman Empire stretching along the Bosphorus Straight, and is bathed by the waters of the Sea of ​​Marmara, the bridge between the Mediterranean and Black Sea. A stay of three or four days is enough for visit the sights. Once in Istanbul, not to be missed mosques, the most impressive being the Blue Mosque, the largest in Turkey. 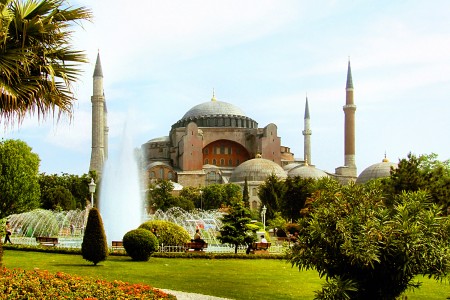 Another objective of the visit is the Hagia Sofia, known initially as the St Sophia Cathedral, converted into a mosque after. The interior walls are covered with marble green and white with purple porphyry and gold mosaics. The imposing building, now a museum, is located near the Blue Mosque and the entry price is about 10 euros. Topkapı Palace, which housed all the sultans until Abdulmecid I, should not be missing from the list of targets visited. Here you can admire the places where harems worked with about 300 rooms and nine Turkish baths (hamams). Turkish baths can be used both by tourists staying in hotels and in Hamam from Istanbul which now retains its authenticity. 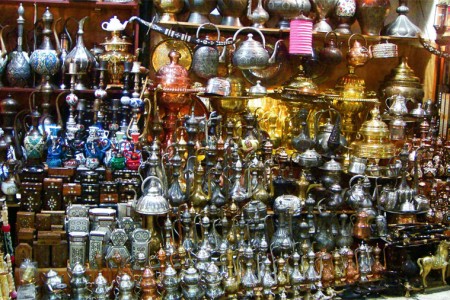 But Istanbul is famous for traditional places: Grand Bazaar and Spice Bazaar. Prices are available and must be negotiated for each item purchased. There are approximately 5,000 stores, predominantly jewelry, pottery, spices, carpets, and stalls with dried fruits, nuts, seeds and Turkish sweets.

Turkish cuisine is famous for recipes of kebabs, baklava and cataif. Turkish specialties influenced by both Asian and Balkan. In the restaurants can enjoy specialties include both vegetables and cooked food especially minced meat, rice, dried beans. Other ingredients that are used in Turkish cuisine are lentils, eggplant, tomatoes, and walnuts and pistachios for dessert. Once in Istanbul, not to be missed either ferry ride through the Bosporus Strait.