Mankind fights since ancient times with millions of invisible enemies. Then unknown, but existing, viruses, bacteria, germs and microbes have killed millions of people because there were no treatments and especially science was not as advanced as today. Many people went on superstitions and said that was meant to be, but it turned out that most epidemics and sudden deaths could have been stopped if they would have know their origin. 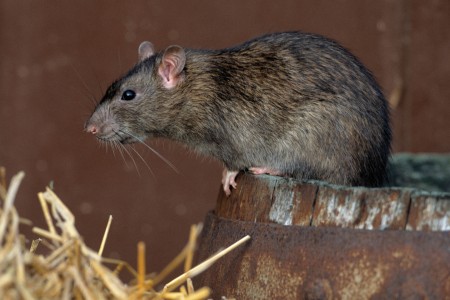 What is plague and what is it connection with rats

Plague is an infectious disease and is caused by a bacterium called ‘’Yersinia Pestis’’. The main culprits of disease transmission to humans are rats (black rat, brown rat of the channel, Norwegian rat) because of fleas. Rat fleas are very resistant and when diseased rodents die, these parasites will seek new hosts, including human hosts. This disease is manifested in three ways: bubonic, septicemic and pulmonary. Centuries ago, of all , the most spectacular was the bubonic form. Symptoms include high fever, intense muscle pain, sweating and the emergence of large bumps underarms and neck area, or sores. Patient’s agony was long and painful.

Plague disease can be considered as definitely the most destructive of which humanity has ever been affected. History of plague pandemics is difficult to be reconstructed, but in the distant past have left us some descriptions of symptoms. It is difficult today to say if it was the plague or other diseases. Ancient Egypt, the Far East, classical Greece, imperial Rome and Byzantium were swept away by waves of pandemic.


Plague will appear at regular intervals until the end of the Nineteenth Century in both Western  and Eastern Europe in almost every decade a new epidemic cases being reported. Thus, in France is counted 24 major appearances between 1437-1536 and another 12 outbreaks, between 1536-1670.

Last epidemic from Marseille makes 50,000 victims of the 100,000 inhabitants. Neither England is not exempt from relentless disease. In 1665 a terrible epidemic breaks that destroy one sixth of the kingdom, of which only 68,000 in London. The city is “saved by” a devastating fire broke out in 1666, leading to the disappearance of rats.

Writings offer a grim picture of the companies affected by the plague. Crazy people take unnecessary measures: letters and coins are sprinkled with vinegar, the purifying fires burning crossroads, houses are cleaned with perfumes and brimstone street dwellers walk with a mask in the shape of a bird head with beak filled with herbs and spices to alleviate the stench. And this, because a medieval bias considered plague was spread by birds. 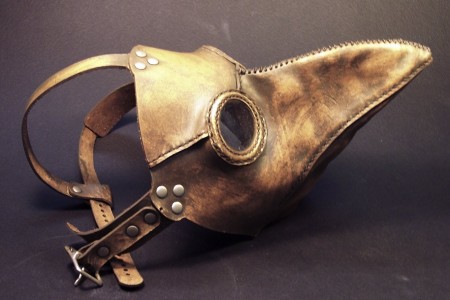 In London, 200,000 people leave the city and wander through the surrounding woods, without a place to sleep, without food and water, just their clothes. Those who remain are barricaded in houses, stick nails in windows and doors and try to resist alone. If a family member becomes ill, it is quickly isolated and when he dies, the corpse is taken out of the window with rope, where it is taken with hooks put into carts and taken to mass graves.

Daniel Defoe, in his “Journal of the Plague Year” reports: “The whole show shudders you with horror. Carts carrying sixteen or seventeen corpses wrapped in sheets or blankets, some so badly that they fell naked wrapped among others, all the dead following to interfere in the common grave of mankind “.

How to treat plague?

Treatment of plague follows several steps: isolation and inpatient hospitalization with fever followed by administration of antimicrobial medication. In the last thirty years the plague mortality rates did not exceed 15% globally. Most deaths were due to diagnostic errors, delays in treatment of or due to the ineffective use of antibiotic therapy. Therefore it is vital that the diagnosis be established in time.

In conclusion, here is that mankind has faced over thousands of years with a disease, I can say,  incredible. Madness caused and victims had consequences even after the years.