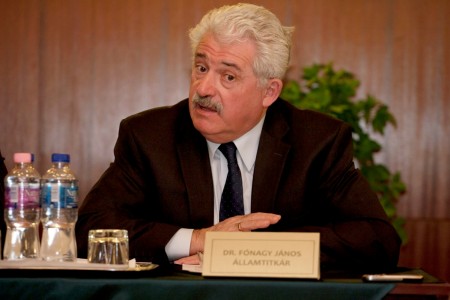 The Hungarian government is working on a normative act according to which utility companies will not be able to pay dividends and profits would be used for modernization, said Secretary of State in the Ministry of Development, Janos Fonagy.

Prime Minister Viktor Orban said earlier that Hungarian citizens paying too much for utilities compared to how win, announcing that intends to transform the utility companies in non-profit organizations, informs Agerpres.

German companies E.ON and RWE as well as French companies EDF and GDF SUEZ and Italian company Eni holds substantially share packages in the Hungarian utilities companies. In an interview with public television M1, Janos Fornagy underlined that the services that form a “natural monopoly” such as natural gas, electricity, water, central heating and other public services should be put under the control of the central government or local authorities in the form of non-profit entities. “The profit generated as a result of decent corporate activities can not be extracted in the form of dividends, but should be reinvested in the operation, maintenance and especially in improving services,” said Fonagy.

Separately, a Hungarian government spokesman confirmed that the authorities of Budapest received a letter from the European Commission on the Hungarian government’s plans for reducing utility bills, adding that the government is determined to maintain this scheme. The Cabinet led by Viktor Orban has already imposed a 10% reduction of electricity tariffs for domestic consumers from 1 January 2013 and plans to introduce further cuts starting next month. Also, Orban said earlier that his government discuss takeover of six to seven major utility companies.