If you have weight problems friends could have a significantly impact on eating behavior.

This is the latest finding of mankind scientists who have analyzed the impact of social relationships on people’s diet and found that friendship ties are a major factor in the increased risk of obesity and other health problems associated with poor diet. 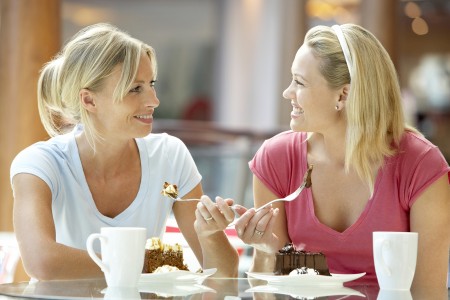 British researchers have focused efforts to trace the influence of friends on the dietary role of an ordinary person, and evidence from these confirms that, in many cases, feeding behavior can be transmitted on social channels. The quality and quantity of food consumed by modern humans may be caused by habits seen in social circles that he attends.

Scientists at the University of Liverpool, UK, analyzed 15 studies published in 11 specialized papers dedicated to way in which people make food choices based on unwritten social rules that come into daily contact.

The results centralized by British  shows that people follow a low-calorie diet or high calorie, according to the examples of others who have direct contact with. Participants with friends and acquaintances gourmet proved to be the largest consumers of food.

Therefore, researchers have concluded that the nutritional choices of the people are related, certainly, with their social identity.

Scientists at the University of Liverpool have found that, in certain contexts, to conform to the general food standards can be a form of identification in a particular social group.

An observational study done by specialists in the market economy at the University of Oklahoma highlights more evidence of the influence of others on the feeding behavior of a person. The initiators of the study found that in restaurants, customers make orders “inspired” from the choices of partners at the same table.

Researchers concluded that the intention of healthy eating loses its force when other people eat fatty and high calorie dishes nearby. In addition, people at a table will eventually command similar menus from the desire to not make disagreeing with what is served for dinner or lunch at a certain time.

Friends can also have a positive influence on diets. As friends can negatively influence your eating behavior, but they also can be a reliable help when you decide to adopt a healthier lifestyle. Buddies are very important, for example, in the development and support of sustainable habits in terms daily period exercise.

Research has found that people who follow a weight loss program fail to get better results when training with someone close. Support came from the social environment is also very important for health, people with close friends are rarely suffering from depression and have a better immunity than the lonely.

One explanation could be assumption of friends behaviors , for better acceptance. In addition, social norms related to nutrition, sports and proper attitudes in public are learned from family and close acquaintances, developing throughout life in the unconscious.

Each of us is driven to some extent by a desire to imitate the way of being of those around us, to strengthen social ties, including lunch. If a dinner partener  eat in an accelerated way, others will tend to adopt the same style of eating.

Other official statistics show that people who eat together with 7 or more friends can get to consume up to 96% more food and drink than they would have done it without company.

The close connection between friends influence and lifestyle choices made by each of us can be used in our own advantage, if people we choose to interact with make healthy choices in life, in diet and in general.