Credit institutions in Greece will have to demonstrate that they have sufficient capital to withstand another two years of recession, variant considered scenario “pessimistic” regarding the economic development of the country, said the Greek central bank governor, George Provopoulos.
Tests will focus on the four largest banks in Greece – National Bank of Greece, Piraeus Bank, Alpha Bank and Eurobank.

The central bank will conduct tests to check if credit institutions can withstand future shocks after being recapitalized with 28 billion euros from the Hellenic Financial Stability Fund this summer. Following the recapitalization, the Greek State has taken majority stakes in all four banks, while at Eurobank holds management control. Greek banks’ bad loans reached 28% of the outstanding loans in the context of strong economic shrinkage. In the six years of recession, GDP fell by 25%. 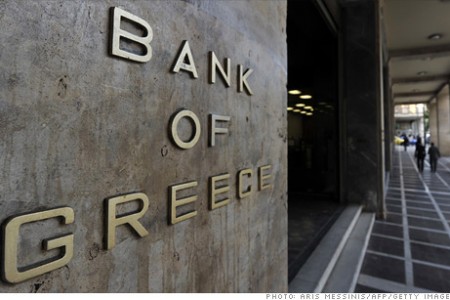 Greece and the troika of international lenders – the IMF, European Commission and European Central Bank – are expected to return to slight economic growth in 2014.

“Under the baseline scenario, which is our forecast and the troika, Greece will return to growth in 2014. Pessimistic scenario foresees GDP growth returning in 2016, with negative rates low until that time,” said Provopoulos a Reuters interview, quoted by the Greek daily Kathimerini.
Pessimistic scenario indicators taken into account in the case of stress tests performed in 2011 and 2012 have already exceeded, but the latest version pessimistic for next stress tests should not be construed as a forecast, Provopoulos said.

Greek central bank chief said he is “more optimistic” about the future of the eurozone, including Greece and the return to economic growth in 2014 promising a positive impact on overall confidence, which would support spending and investment.