How does it feel to walk that red carpet and all the world’s eyes to be watching you, winning that precious statue or leaving for home empty-handed? We, the mortals, can only guess, but for Hollywood stars, this is one of the moments they live and work for.

At the 70th Golden Globes Awards edition, famous figures in the movie industry met in Los Angeles, only to witness a chain of surprises occurring one after the other. And since Los Angeles Times covered the whole event, let’s follow in their footsteps and catch a glimpse of the evening’s main highlights.

Talking about surprises, let’s take Ben Affleck, for instance. The wonderful actor and director won two awards for “Argo”, namely Best Drama and Best Director, and still his chances for the Oscars are completely inexistent.

Oscar nominations were publicly announced last week, and Ben Affleck ended up ignored by the American Film Academy members. Affleck wasn’t nominated either for Best Actor or Best Director. Still, his movie “Argo” is on the shortlist for Best Drama, but in all honesty, history has proven that a nominated movie almost never won an Oscar if its director didn’t make it to the nominations list. Still, this night was one of the best in Ben’s career and in his speech he insisted on thanking his wife  Jennifer Garner, the one who stood by him and supported all his professional projects. 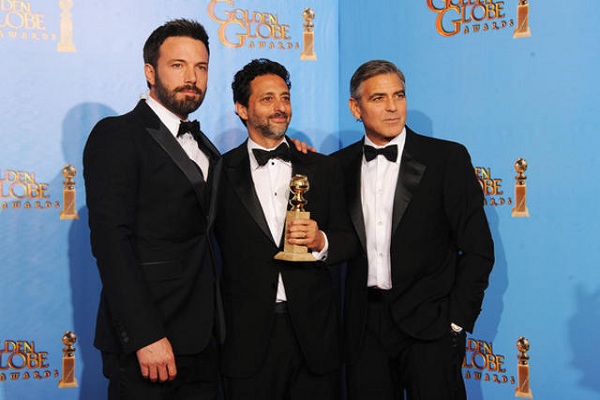 Another surprise we were all happy to have was Jennifer Lawrence. The Hunger Games leading star proved she is a complex actress, not bound to a single role, but capable to step out of Katniss Everdeen’s dramatic development and offer the public a heartfelt comedy as well. “Silver Linings Playbook” is a movie that pleasantly impressed the critique and Lawrence stole the Globe for Best Lead Actress in a Comedy or Musical right from under Meryl Streep’s nose, bragging about it even!

But let’s take a walk on the dark side, shall we? Jessica Chastain barely kept her tears from running down her cheeks when she received the Golden Globe for Best Leading Actress in a Drama, for her role in “Zero Dark Thirty”, the movie focusing on Ossama Bin Laden’s capturing.

In the “not so surprising” section, we have Daniel Day Lewis. We all know the man wins every time he gets a nomination and the actor has a whole collection of awards back home. So for his role in “Lincoln”, this cinema icon got nominated for Best Leading Actor in a Drama. Of course, the American President won.

Hugh Jackman didn’t disappoint his audience either, leaving with an award for Best Leading Actor in a Comedy or Musical for his part in “Les Miserables”, a movie winning no less than three Golden Globes, thus dominating the whole night.

One of the most controversial movies lined up to the run for the Oscars must definitely be “Django Unchained”. With a story that split the critics in two halves, one appraising it, while the other blaming it, Tarantino’s view on slavery and heroic bravery won Christopher Waltz a Best Supporting Actor in a Drama. Not a bad start, considering Waltz competed for the Globe with names such as Alan Arkin, Tommy Lee Jones, Philip Seymour Hoffman and Leonardo DiCaprio.

And while the press covered almost all subjects possible regarding the nominations and the awards, the same Los Angeles Times made up also a list of snubs. Among others, Robert de Niro in “Silver Linings Playbook” and “The Game of Thrones”, the television wonder that won so many awards, one can’t count them anymore, are two of the most intriguing shut-outs of this year’s event.

Well, all’s well when ends well. May the Force be with all the winners and the nominees, as the battle for the Oscars just got very serious.